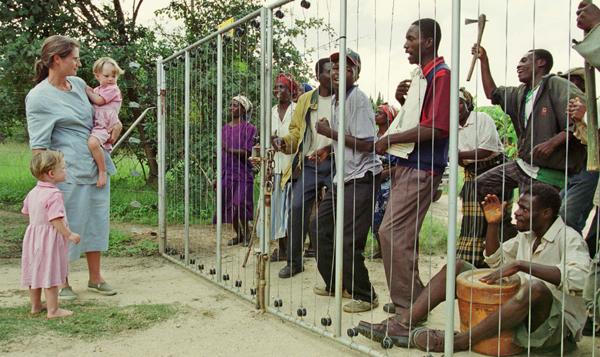 President Emmerson Mnangagwa’s led government of Zimbabwe agreed on Wednesday to pay $3.5 billion in compensation to white farmers whose land was stripped off them by ex-president Mugabe’s government for the resettling of Black families.

The terms of the agreement reveal that the white farmers will be compensated for the infrastructure on the land, and not the land itself.

Zimbabwe, as it stands, doesn’t have the ability to raise such money. They have rather agreed to issue long-term bonds and jointly approach international donors with the farmers to raise funding.

Ex-President Mugabe, in a move he termed ‘redressing colonial imbalances’, had mercilessly evicted about 4,500 white farmers from Zimbabwean land they had occupied two decades ago, redistributing it to about 300, 000 Black families.

President Mnangagwa’s move to pay compensation to white farmers for land they had accessed to by colonialism is a move to please the western colonialists, observers say.

Mnangagwa himself said that the land reform could not be reversed, but paying of compensation was key to mending ties with the West. Zimbabwe still faces sanctions from the UN.

Finance Minister Mthuli Ncube and acting Agriculture Minister Oppah Muchinguri-Kashiri signed the compensation deal on behalf of the government, while farmers unions and a foreign consortium that undertook valuations also penned the agreement.

“As Zimbabweans, we have chosen to resolve this long-outstanding issue,” said Andrew Pascoe, head of the Commercial Farmers Union representing white farmers.

It is incredible that white farmers are getting reparation for Zimbabwean land they had forcefully seized as an invading force during the colonial era of Rhodesia.

Critics wonder why African countries are yet to receive any form of reparation whatsoever for the horrors of slavery.