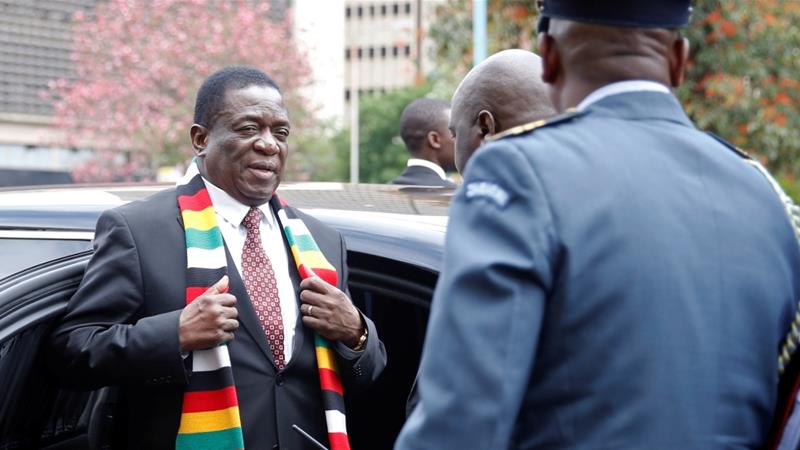 “From branding the current Black US Ambassador Brian Nichols a “thug”, paying US$3.5 billion reparation to Caucasian descendants of colonisers, to spending millions on imported luxury goods, baffled critics anxiuosly wonder where the loyalty of President Emmerson Mnangagwa lie”

The government of Zimbabwe, just few weeks ago, spent millions of dollars on luxury cars for its senior officials, despite the country’s economic freefall that has left the common citizen languishing in hunger and excruciating hardship.

The Guardian reports that the new cars, including dozens of Range Rovers and Toyota pick-up trucks worth more than $40,000, were distributed to ambassadors and senior civil servants.

Senior army officials, sources in Zimbabwe say, have been beneficiaries of dozens of luxury models vehicles, while junior officials have been gifted modest ones.

Analysts say President Emmerson Mnangagwa is trying to shore up his government by pleasing important people, after he became president owing to the military coup that ousted Robert Mugabe in 2017.

Meanwhile, Lola Castro, World Food Programme’s Regional Director for Southern Africa, said that many Zimbabwean families were suffering “the ravages of acute hunger”, before appealing to the international community to help prevent “a potential humanitarian catastrophe.”

Atop the food insecurity, massive joblessness has swept through the country’s urban areas. Many have been forced to return to their villages or seek succour by illegally crossing the borders into neighbouring countries.

With inflation running above 700 percent, prices of basic goods are now beyond the reach of many citizens and desperate families are eating less, selling off precious belongings and going into debt, the WFP said.

Zimbabwe’s present economic recession, according to WFP, is the worst hit in decades.

It is sad that instead of addressing these disturbing statistics head on, the Zimbabwean political elites are busy sharing luxury cars among themselves. It doesn’t show any form of empathy towards the plight of the common Zimbabwean, critics have observed.

Political tensions are rising in Zimbabwe after activists called for protests on Friday against government corruption that they blame for worsening the economic crisis.

The government, however, has branded the protests an “insurrection.”

On Thursday, police and soldiers increased security checkpoints at all roads leading to urban centres around the country and turned back motorists and some workers, witnesses said.