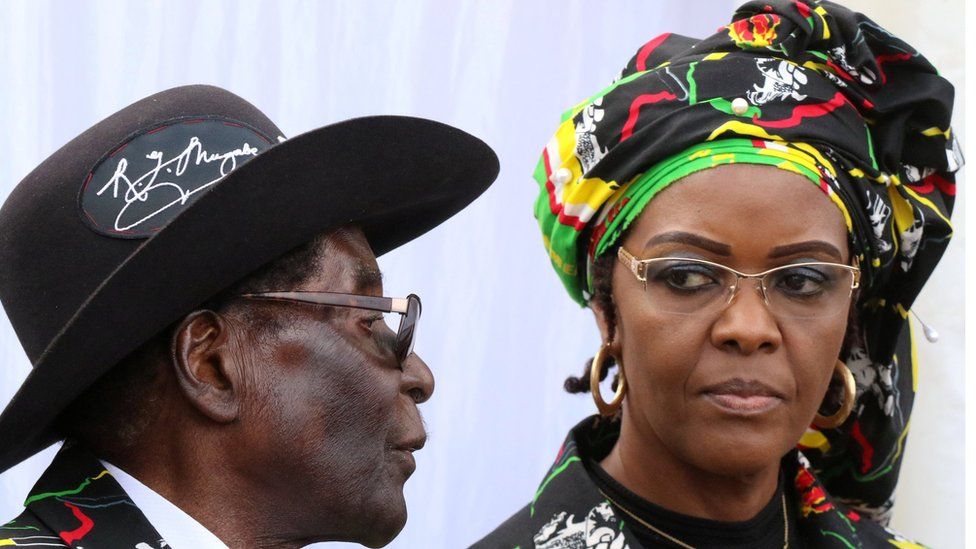 Former First Lady, Grace Mugabe has been fined five cattle and two goats for violating traditional customs and rites following the burial of her husband, the late ex-president Robert Mugabe at the family rural home’s courtyard.

Grace was summoned to appear before Chief Zvimba’s traditional court Thursday at Gonzo Guzha Hall at Murombedzi growth point in Zvimba but snubbed the hearing.

Mugabe died in September 2019 and was buried at Kutama, his rural home despite vigorous attempts by President Emmerson Mnangagwa’s administration to have him interred at the National Heroes Acres in Harare where a lot of other nationalists are buried.

Grace, who according to media reports is in Singapore, was also facing charges of disregarding earlier counsel to lay to rest the late former president at a designated site where his late mother had identified prior to her passing.

The hostile security details chased away journalists saying they were working on instructions from “higher authority” to bar anyone not authorised by Paramount Chief Zvimba, born Stanley Urayayi Mhondoro from attending the court hearing.

Journalists were ordered to stay 100 metres away from the venue.