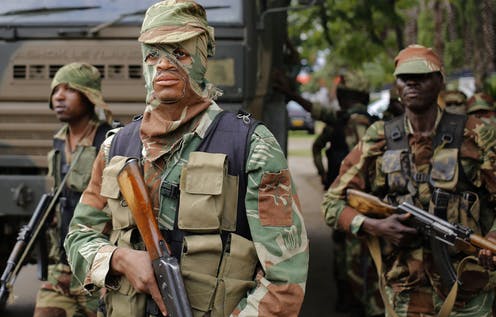 Zimbabwe Army On Standby For Mozambique War Against Jihadists

Zimbabwe National Army (ZNA) is reportedly on standby to be deployed in conflict-torn Mozambique as government finalises modalities, NewZimbabwe.com reports.

The Zimbabwean soldiers were drawn from the elite fighting regiments, and will join other SADC regional troops in a standing army meant to quell insurgency in the neighbouring country.

Foreign Affairs minister Frederick Shava, had reported to cabinet during the weekly Tuesday meeting this week that all issues that were holding up their deployment have been ironed out.

Military sources told NewZimbabwe.com Wednesday they received a radio communication advising them that they were now on standby and should await deployment orders.

“It looks like the news of their departure leaked before they were personally informed because there was just a radio communication that all those identified should be on standby,” a source said.

Shava, according to official sources, reported to his cabinet colleagues that the road was now clear for military deployment in Mozambique.

Mozambique has struggled to contain an Islamist insurgency that broke out in 2017. Over the past four years, deadly raids have been crried out in Mozambique’s oil and gas-rich Northern province of Cabo Delgado, killing at least 2,000 people and displacing nearly one million.

The SADC technical team is preparing to deploy a 3 000-strong robust intervention force comprised of land, air and naval assets to help quell the insurgency.