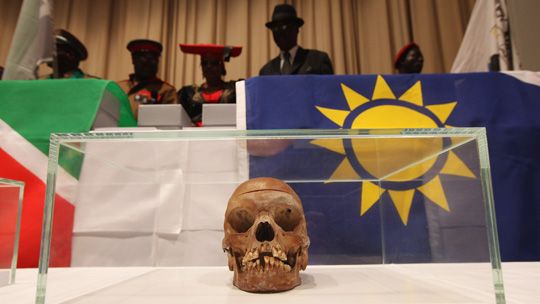 ‘You Have Betrayed Us’: Namibia’s Herero, Nama Leaders Denounce Germany’s Reparation Made Without Them

Namibian opposition lawmakers in Windhoek are enraged over a deal reached between the Namibian and German governments that will lead to Berlin apologizing for its genocide in Namibia, saying the deal did not include representatives from the targeted Herero and Nama peoples and that the payments agreed to in the deal will not reach them.

“They have excluded communities, groups of Namibians … that is apartheid that government has practised,” Rep. Edson Isaacks, from the opposition Landless People’s Movement Namibia (LPM) party, thundered in the National Assembly on Tuesday, calling the deal a “substandard agreement.”

“You have betrayed us,” Utaara Mootu, another LPM lawmaker, told Prime Minister Saara Kuugongelwa-Amadhila. “You have not allowed for equal participation based on human rights policies. You have not given us the chance to narrate the economic trauma” caused by the genocide, she said, according to Al Jazeera.