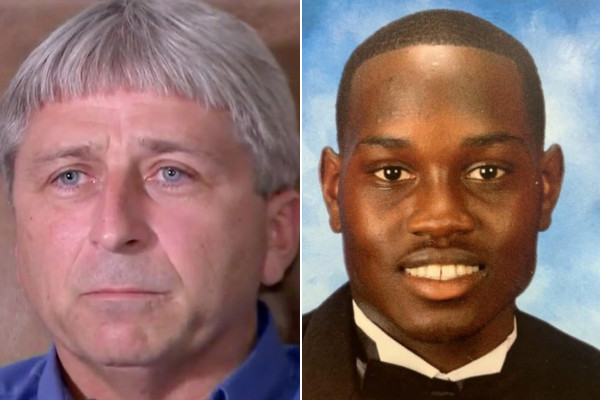 Cops have arrested a Georgia man who filmed the shooting to death of Ahmaud Arbery. The Georgia Bureau of Investigation on Thursday said he has been arrested on murder charges.

The man has been identified as 50-year-old William “Roddie” Bryan, 50.

NY Post reported that he has been charged with felony murder and criminal attempt to commit false imprisonment, in Arbery’s Feb. 23 shooting death by two white men.

Arbery, 25, who is black, was unarmed as he jogged through the Brunswick neighborhood when Bryan, who is also white, and the two other men, Gregory McMichael, 64, and his son Travis McMichael, 34, chased him for more than four minutes before he was confronted by the McMichaels and shot dead.

Travis McMichael shot Arbery dead at close range with a shotgun. He and his father, a former Glynn County police officer, were not charged in the case for 74 days, until the GBI took over the case.

Bryan’s cellphone video of the shooting was made public this month and sparked national outrage.

He claimed he was a good Samaritan, but an expanded version of his video, released by S. Lee Merritt, Arbery’s family’s attorney, showed that he got into his vehicle and also chased Arbery, then filmed while he was shot dead.

Bryan is to be held at the Glynn County Jail.