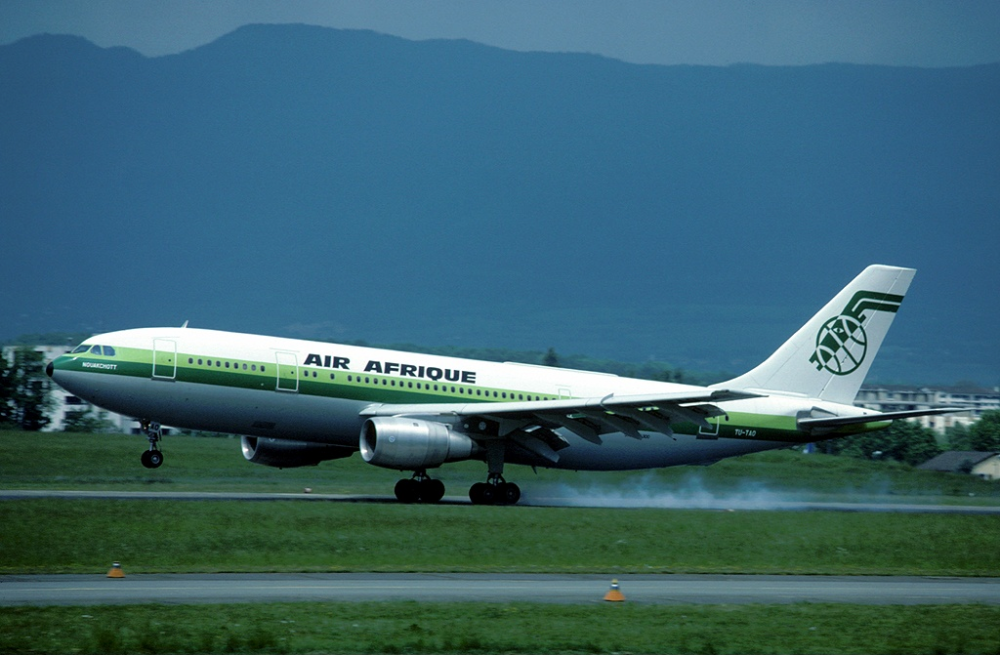 What Happened To Air Afrique?

Ivory Coast-based Air Afrique was started up in the early 1960s. At the time, many African countries, including newly independent former French colonies, couldn’t afford to operate their own national airline. But sensibly enough, many of those countries teamed up and set up an airline together with help from France. Originally, Air Afrique was owned by Air France and Union Aéromaritime de Transport (later to become UTA) alongside eleven newly independent former French colonies in West Africa.

Air Afrique flew for the best part of 40 years, operating as a pan-African carrier that had a decent reputation. But it progressively became more bloated and inefficient. In 2001, The Economist began a report on Air Afrique with the line:

“Everyone who works in Africa has a horror story about flying with Air Afrique.”

At the time, the airline had 4,200 employees to look after eight planes. The report said the airline was close to collapse, “crippled by ballooning debts, appalling service and ludicrous over employment.”

Locals were calling Air Afrique “Air Maybe” because it had become so unreliable and prone to delays and cancelations.

By then, Air Afrique had brought in outside help to save the airline. With funding from a World Bank grant, a US airline executive came to town to try to turn things around. But employees were protesting and the airline was carrying US$431 million in debt. This was hardly a new experience for Air Afrique. The airline had benefited from three financial bailouts since 1993.

With World Bank money disappearing at a rapid rate, the Washington D.C. based lender soon pushed for Air Afrique to be liquidated. One World Bank official referred to the airline as “technically insolvent.” The push by Washington to liquidate the airline further inflamed local employees.

Later in 2001, some radical financial restructuring attempted to save Air Afrique. Air France upped its stake in the airline from 12.2% to 35% and became the major shareholder. Those eleven African countries, namely Benin, Burkina Faso, Cameroon, Central African Republic, Chad, Côte d’Ivoire, Gabon, Mauritania, Niger, the Republic of the Congo, and Senegal, reduced their stake from 70.4% to 22%. Employees owned a further 5%, and various private investors owned the remaining share.

Despite this, Air Afrique stopped flying in January 2002. At the time, the airline’s management attributed the collapse to a decrease in travel demand following 9/11. Just one month later, in February 2002, Air Afrique entered into bankruptcy.

Trawling through media reports from the time, it’s clear Africa’s frequent flyers had little time for Air Afrique, particularly in its later years. At the time, South African Airways was the bright star on Africa’s aviation scene. Twenty years ago, SAA was reliable, efficient, and profitable – everything Air Afrique was not.

Reading between the lines, one critical issue that was hampering Air Afrique was the amount of regulation that stymied flights and growth between various African countries. Among other things, regulation limited how many flights could operate between various countries and how frequently. The rules were variable, inconsistent, and frequently inexplicable. For a pan-African airline like Air Afrique, it was a serious handicap to long-term growth and profitability.

In the twenty years since, running an airline in Africa remains a tough business. South African Airways has gone from shining bright to being a basket case. In its wake are new powerhouse airlines like Ethiopian Airlines and emergent airlines such as Rwandair.

There have been a few attempts since 2002 to relaunch the Air Afrique brand but they’ve never come to much. However, as every African aviation analyst will tell you, there’s a world of opportunity in African aviation. But getting the mix right, and making it work, is a tough task

Lead Journalist – Australasia – A Masters level education and appetite for travel combines to make Andrew an incredible aviation brain with decades of insight behind him. Working closely with airlines including Qantas and Virgin Australia, Andrew’s first-hand knowledge of the challenges and opportunities facing Australian airlines adds exciting depth and color to his work and sees him providing commentary to ABC News and more. Based in Melbourne, Australia.