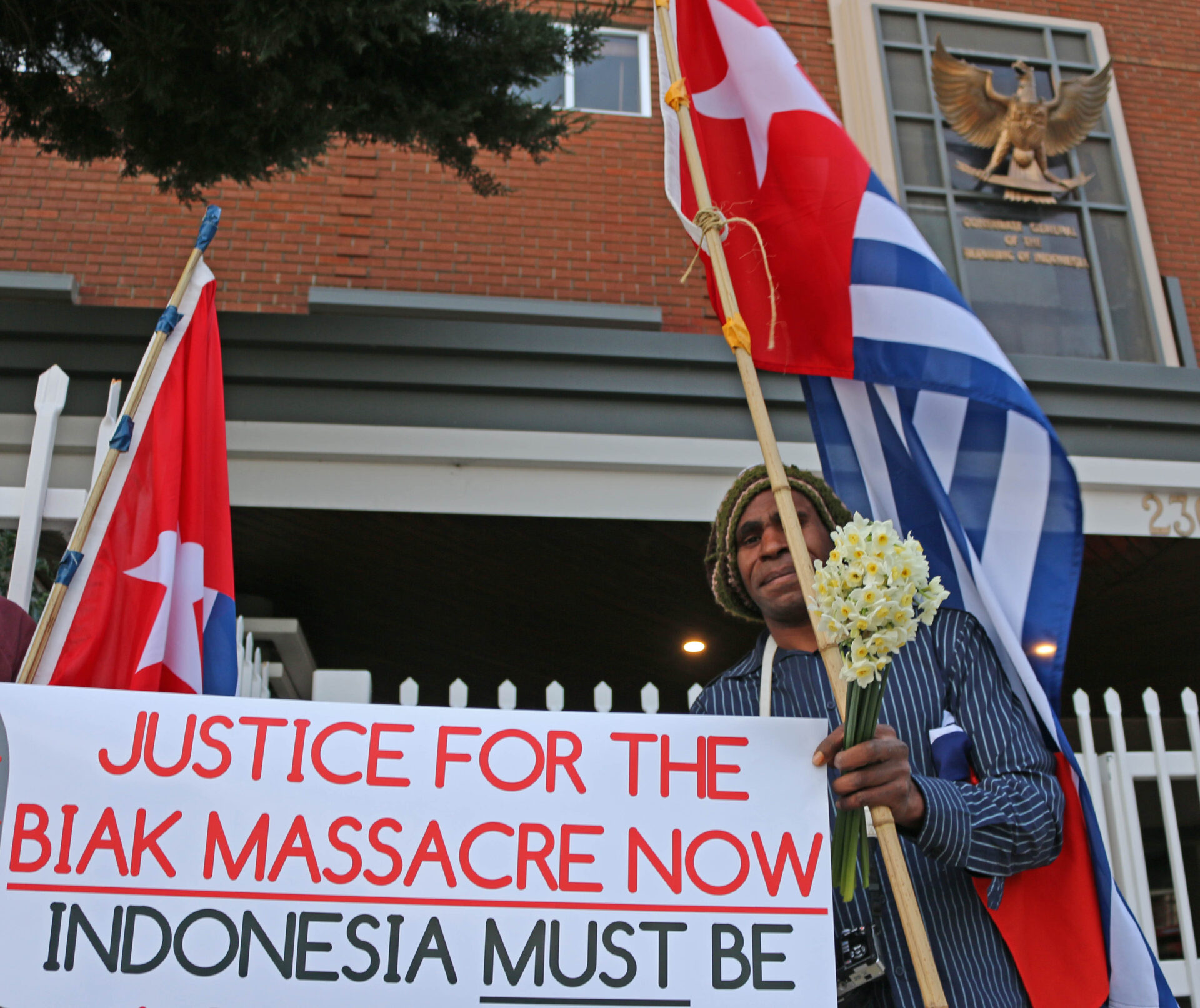 The victims included women and children who had gathered for a peaceful rally.

They were killed at the base of a water tower flying the Morning Star flag of West Papuan independence. Other Papuans were rounded up and later taken out to sea where they were thrown off naval ships and drowned.

No Indonesian security force member has been charged or brought to justice for the human rights abuses committed against peaceful demonstrators.

According to the Papuan Institute for Human Rights Studies and Advocacy (Elsham Papua), eight people died, three went missing, four were severely wounded, 33 mildly injured, and 150 people were arrested and persecuted during the Biak massacre.

The report also said 32 bodies were found in Biak water at that time (Tabloid Jubi, July 5 2021)

“It was also reported that a commemoration will be held on the 6th in West Papua.

“Hopefully, the security forces will allow the West Papuan people to commemorate the tragedy of Biak peacefully without interference.”

Komnas HAM Papua head Frits Ramandey said: “I have been contacted by those who will commemorate the Biak massacre [in a rally] on July 6. We demand relevant parties [especially the security forces] to facilitate them.”

Ramandey appealed to Jubi in a phone call on Sunday: “Let the Papuans remember the Biak Massacre.”