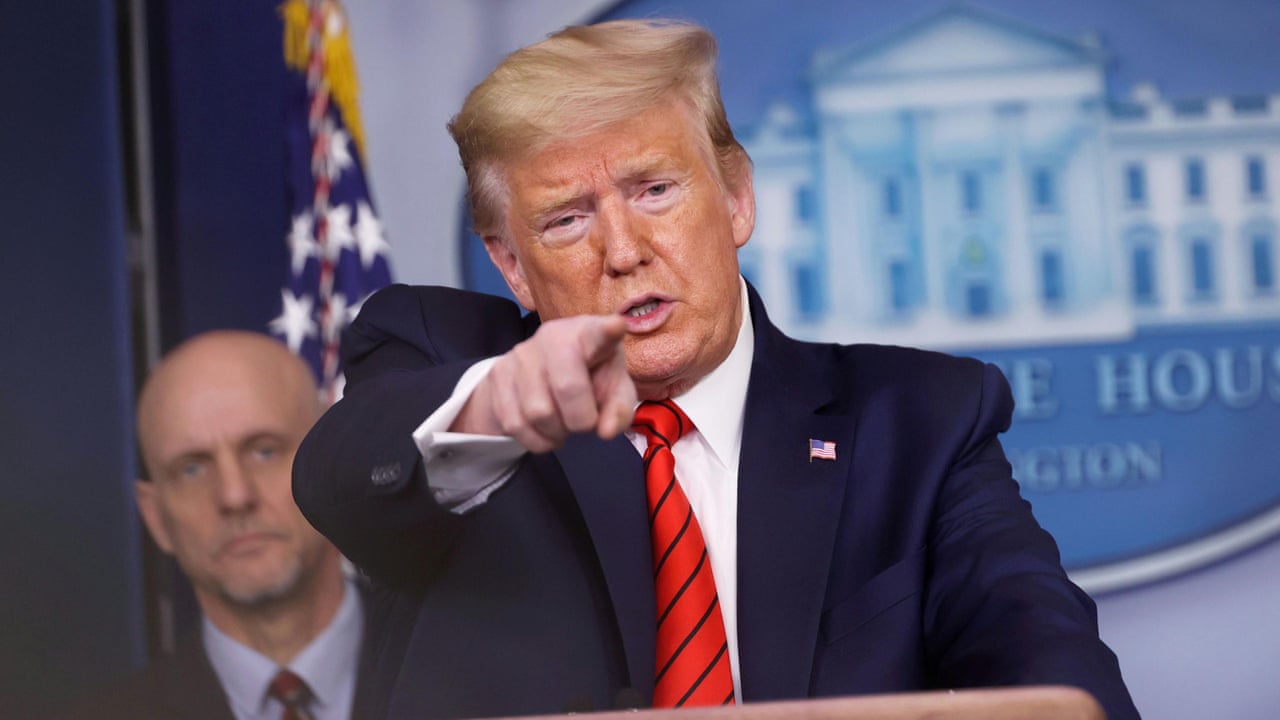 ‘We Must Hold Accountable The Nation Which Unleashed This Plague’: Trump Blast China In UN Speech!

US President Donald Trump, during the United Nations General Assembly on Tuesday, attacked China and its role in the outbreak of the Wuhan virus, saying the world body “must hold China accountable” for its actions.

He accused Beijing of allowing people to leave China in the early stages of the outbreak “to infect the world” while shutting down domestic travel.

“We must hold accountable the nation which unleashed this plague onto the world — China,” he said in remarks taped on Monday at the White House and delivered remotely due to the pandemic.

“The Chinese government, and the World Health Organisation – which is virtually controlled by China – falsely declared that there was no evidence of human-to-human transmission,” he said.

“Later, they falsely said people without symptoms would not spread the disease … The United Nations must hold China accountable for their actions.”

The strongly-worded speech was made via prerecorded video to a General Assembly that was drastically curtailed because of the pandemic. Trump’s broadcast was followed by a recorded speech from President Xi Jinping of China, who described the Wuhan virus as a crisis shared by everyone. He called for enhanced co-operation over the pandemic and stressed that China had no intention of fighting “either a Cold War or a hot one” with any other country.

In addition, Jinping, expressing no sign of remorse, negated the accusations of Trump, saying that China had acted responsibly to combat COVID-19, the disease caused by the virus.

“Any attempt of politicizing the issue or stigmatization must be rejected,” Xi said.

Tensions have flared between the U.S. and China on a number of issues, ranging from the pandemic and election meddling to trade and accusations of espionage.

Trump, who faces a November reelection battle, again pointedly referred to COVID-19 as the “China Virus,” and attacked the World Health Organization, which the U.S. has begun withdrawing from, for being “virtually controlled by China.”

“If the United Nations is to be an effective organization, it must focus on the real problems of the world,” Trump said. “This includes terrorism, the oppression of women, forced labor, drug trafficking, human and sex trafficking, religious persecution, and the ethnic cleansing of religious minorities.”

The UN General Assembly was dominated by the US-China dispute as it happened to be the talking point.

“We have waged a fierce battle against the invisible enemy — the China virus,” Trump said. He spoke of U.S. advances in lifesaving treatments, predicted success in finalizing and distributing vaccines and asserted: “We will end the pandemic, and we will enter a new era of unprecedented prosperity, cooperation and peace.”

The US has far more confirmed official cases than any other country, nearly 7 million, and far more deaths, more than 200,000.

A cold war has been mooted between the two countries with the biggest economies of the world, as neither appear to brook any form of concessions.

“Each of these leaders sees flexibility as weakness, and the ability to make concessions is the essence of diplomacy,” said Orville Schell, director of the Center on U.S.-China Relations at the Asia Society. “So they’re at continued loggerheads. It’s a very alarming downward spiral.”