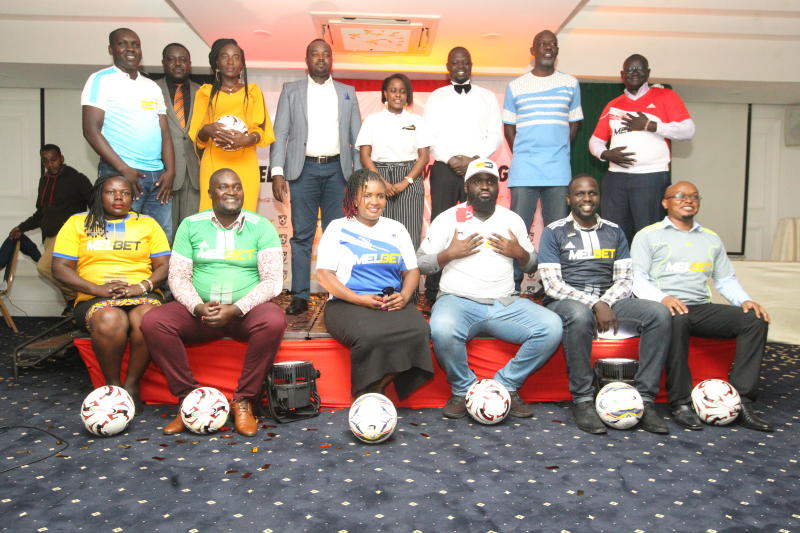 Wadau Premier League, an amateur football league mainly for Kenyan football fans, has secured an official title sponsor in gaming company Melbet. The company was unveiled as the inaugural sponsor on Tuesday, February 23. The league is set to kick-off with the first series on Saturday at the Strathmore Sports Complex.

According to Capital FM, eight teams will feature in the first edition that are; Hippos, Tigers, Ndovu, Simba, Kulundeng Original, Kulundeng, Mafisi and Swara.

Speaking at the event, Wadau Premier League coordinator Bob Otieno said that the motive behind the formation of the league is to promote fun and cohesion among football fans in the country.

“We as fans who are a key stakeholder in football, we have been ignored for so long and we are just trying to create our space. So, it is a good day for fans today, because apart from watching professional players play, they will also get an opportunity to play the game,” said Otieno.

Other sponsors include; Evolve Logistics, Coca-Cola Beverages, Multichoice and Komborrah.

“As an online gaming platform, one of our core responsibilities is not only to promote professional sports but work hand in hand with various stakeholders and different local communities to promote and develop all kinds of talents from grassroots level. We believe working on series like Wadau Premier League is the first step of many more to come,” said Melbet Kenya Communication Manager Charleen Adede.

The league will be played in a round-robin format and is aimed at bringing people together and have fun. Otieno said that there will be no cash prize for the winners. He said that their future plan is to include teams from outside Nairobi.

“We are starting small, but we plan to expand throughout the country. Our vision is to have teams from each part of the country,” he said.