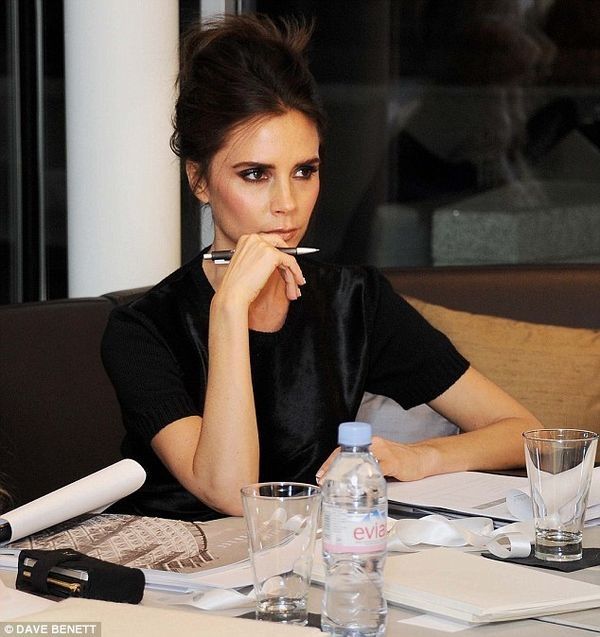 Constantly lampooned for being talentless and uppity by the sophisticatedly brute British press- an unapologetic upper class girl really, if one understood Britannia’s concrete-encased cut throat class culture and the resultant envious bleats from winging cyber peasants condemned to harbour the pittance of life’s periphery in council estates – worth a staggering $450 million, stylish Victoria Caroline Beckham, sadly as it were, is struggling with her high flyer international brand

Famed for her signature steely sultry looks that ingeniously doubles as a shield, hiding personal baggages and simultaneously in sync, deflecting ballistic tongues – unavoidable battle if you married the most sought after top shelf sex symbol in the world of soccer, added to an unrelenting ambush from the media feeding the lynch mob demographics- Victoria regardless, seems to be a modern day western miracle

A walking empire by every right, highly accomplished artist, married to a world class footballer with a 20 year marriage still going strong – an anormaly in these times – not to mention a house full of healthy kids plus a retinue of loyal staffs ready to, swim the Atlantic if she asked- still, for some odd reason, she remains the go-to dart board for jokes in England

Though the most reserved of the famous girl group “Spice Girls” and arguably the most striking, astute and entrepreneurial, the svelte socialite must find a way to anchor her high fashion brand on a solid bedrock of cash continuum, lest we – God forbid- yet again are assailed by another shocking suicide news from a debt stricken celebrity- if Alexander McQueen’s £32million debt before he killed himself on 11th February 2010- is anything to go by

Will the big brand from “Posh Spice” survive the silent financial storm rocking it since 2008 or will it sadly, like others, …. sink?

It would be inspiring if she sailed ashore, solidifying her presence in the fashion world, for the long haul

Published in Editorial and Entertainment