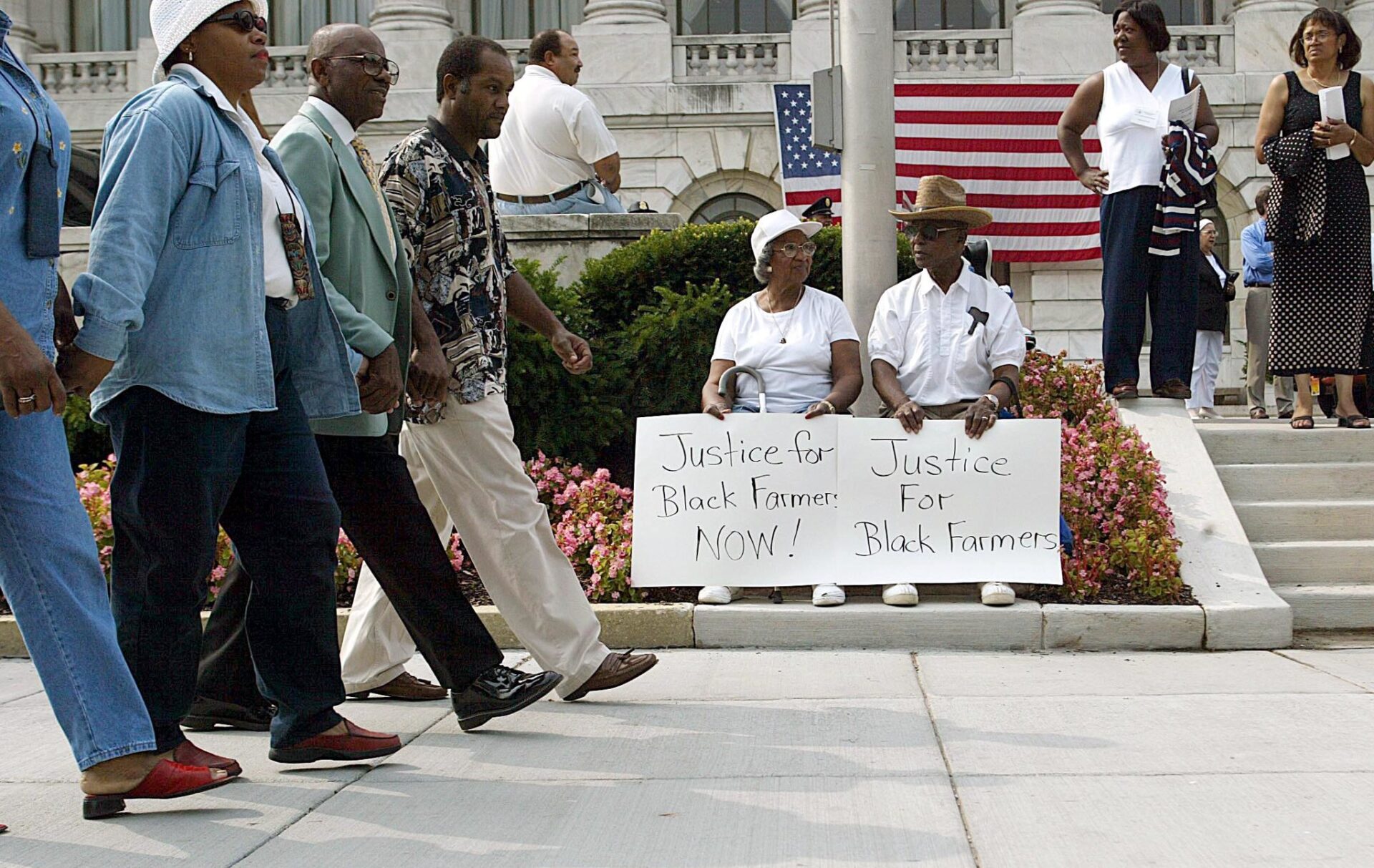 President Biden’s massive stimulus relief package, which would pay billions of dollars to disadvantaged Black farmers, has been attacked by conservative White farmers who have taken the matter to court.

The lawsuit filed by five White farmers claimed the effort to address equity for farmers of color denied the white farmers equal protection under the law.

In the complaint filed in federal court in Wisconsin, the conservative Wisconsin Institute for Law and Liberty representing the five farmers, alleged the white farmers were otherwise eligible for the forgiveness program

Some experts say no legislation has since the Civil Rights Act of 1964 has made such provisions for Black farmers.

Of the $10.4 billion in the American Rescue Plan that will support agriculture, approximately half would go to disadvantaged farmers, according to estimates from the Farm Bureau, an industry organization. About a quarter of disadvantaged farmers are Black. The money would provide debt relief as well as grants, training, education and other forms of assistance aimed at acquiring land.

Advocates say the move represents a step toward righting a wrong after a century of mistreatment of Black farmers by the government and others. Some say it is a form of reparations for African Americans who have suffered a long history of racial oppression.

“This is the most significant piece of legislation with respect to the arc of Black land ownership in this country,” said Tracy Lloyd McCurty, executive director of the Black Belt Justice Center, which provides legal representation to Black farmers.

According to Washington Post, Black farmers in America have lost more than 12 million acres of farmland over the past century, mostly since the 1950s, a result of what agricultural experts and advocates for Black farmers say is a combination of systemic racism, biased government policy, and social and business practices that have denied African Americans equitable access to markets.

Discrimination started a century ago with a series of federal Homestead Acts that offered mainly White settlers deeply subsidized land. Since then, local U.S. Department of Agriculture offices charged with distributing loans have frequently been found to deny Black farmers access to credit and to ignore or delay loan applications.

Almost all of President Donald Trump’s $28 billion bailout for those affected by the China trade war went to White farmers.

Before the passage of the debt relief for socially disadvantaged farmers, only 0.1% of pandemic aid went to Black farmers.

Of the 3.4 million farmers in the United States today, only 45,000 are Black, according to the USDA, down from 1 million a century ago.

The systemic racism in USDA have resulted in the loss of land and generational wealth for Black families.