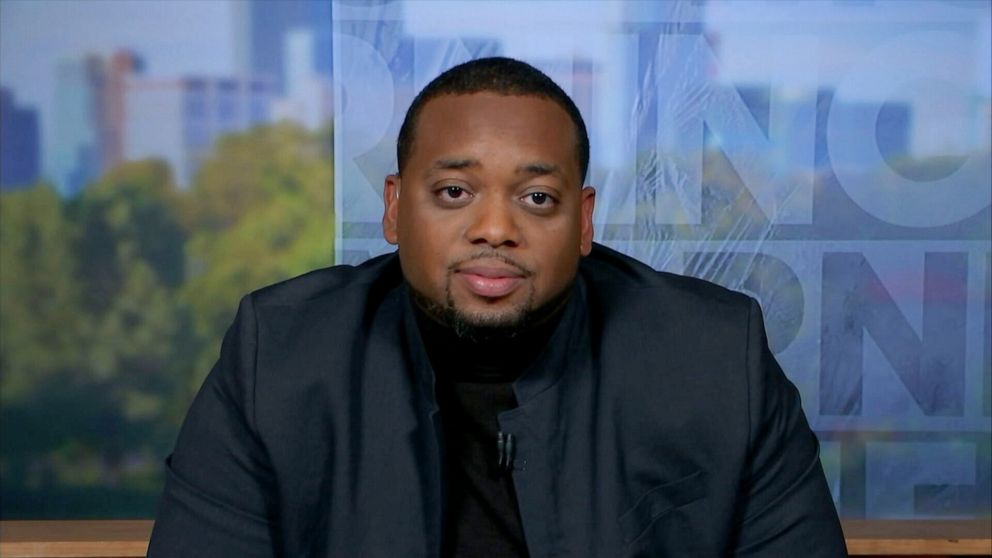 USA: “We Had To Watch A Black Man Die Every Day” – Black Juror In Derek Chauvin Trial Speaks Out

Brandon Mitchell, one of the four Black jurors who served in the Derek Chauvin trial, has spoken out for the first time on Wednesday after the historic conviction of the ex-Minneapolis cop.

Mitchell, previously known as Juror 52, spoke with Gayle King during an interview televised on “Good Morning America” on Wednesday to offer some crucial insight into the deliberations process as well as the case as a whole.

He and 11 other jurors found Chauvin guilty of second-degree unintentional murder, third-degree murder and second-degree manslaughter for using his knee to apply deadly pressure to Floyd’s neck for more than nine excruciating minutes recorded by a bystander.

He described the “stress” of the trial of the White former officer in the killing of Floyd, a Black man, to Gayle King on Wednesday on “CBS This Morning.”

“We were just stressed about the simple fact that we had to come in every day and watch a Black man die,” Mitchell told King. “That alone is stressful.”

He added: “Coming in each and every day and having to watch somebody die is stressful enough by itself. So anything outside of that was secondary because as a human, it’s natural to feel some kind of way as you’re watching somebody in agony.”

He said there were a few days when he wasn’t sure how he was going to show up to jury duty, what with the emotional weight growing heavier with each day he served. “Especially” because he is a Black man, Mitchell said.

“I don’t know if it affects anybody else the same way,” he added.

It took jurors 10 hours over two days to convict Chauvin of murder and manslaughter. Mitchell, a 31-year-old high school basketball coach in Minneapolis, said deliberations could have moved even faster.

“I felt like it should have been 20 minutes,” Mitchell said Wednesday during an interview with “Good Morning America.”

The votes to find Chauvin guilty on all charges — a decision that could put the 45-year-old in prison for up to 40 years — was one the jurors were at peace with, Mitchell said.

Mitchell also said he was convinced of Chauvin’s guilt after testimony from a pulmonologist witness for the prosecution. Dr. Martin Tobin’s visual aids that accompanied what Mitchell said was easy-to-understand medical explanations about Floyd’s death helped most of the jurors agree early on that Chauvin should be convicted.

Mitchell gave credit to Donald Williams, a mixed martial arts fighter and former wrestler who testified for the prosecution about his experience and knowledge surrounding the topic of chokeholds in relation to how Chauvin kneeled Floyd’s neck. Williams referred to the kneeling restraint used by Chauvin as a “blood choke” and said, “I believe I witnessed a murder.”

Mitchell believes that the conviction of Chauvin will “hopefully create some change in society,” while he maintains that George Floyd has now cemented his legacy in history.