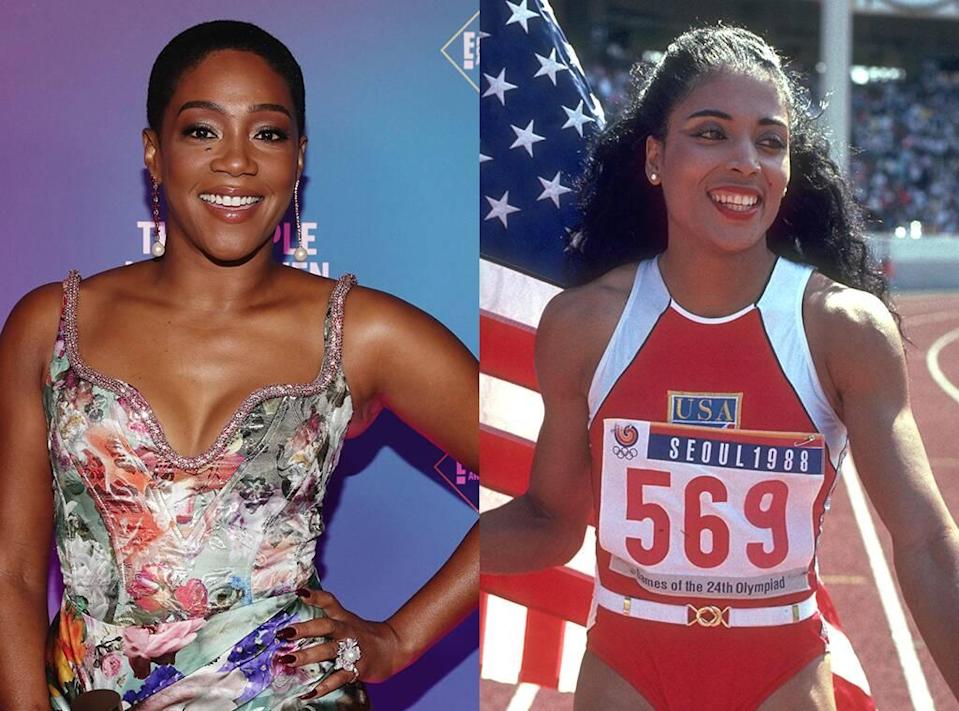 American actress Tiffany Haddish will play the late Florence Griffith Joyner, known as the fastest woman in the world, in an upcoming film.

In an online post, Haddish promised to work hard to “honor her legacy.”

“My goal with this film is making sure that younger generations know my ‘she-ro’ Flo-Jo, the fastest woman in the world to this day, existed,” said Haddish.

The film will capture the Los Angeles native’s rise to success.

Who was Florence Joyner?

Joyner—whose fans called her Flo-Jo—started running competitively at the age of seven, honing her craft during her teenage years and went on to become a standout at the University of California Los Angeles.

In 1982 she became an NCAA champion after winning the 200-meter dash. Two years after the win, she made her Olympic debut where she garnered a silver medal for the 200-meter run. Beyond her athletic abilities, she emerged into a beauty and fashion icon with her six-inch decorative fingernails and bodysuits. During the 1988 Summer Olympics, she won three gold medals and one silver medal. She retired that same year.

Haddish says she wants to highlight Joyner’s story so that her legacy can reverberate for generations to come. “I am looking forward to telling Flo-Jo’s story the way it should be told,” she said in a statement.

The project is being created under the production company Game1. Al Joyner, Flo-Jo’s former husband and coach, is one of the producers for the film, Variety reported.

“Working with Tiffany has been a great pleasure – she is incredibly dedicated, focused, and committed to portraying the spirit of Florence accurately,” he said.

Joyner died after suffering an epileptic seizure in 1998 at 38.

The release date has not yet been announced.