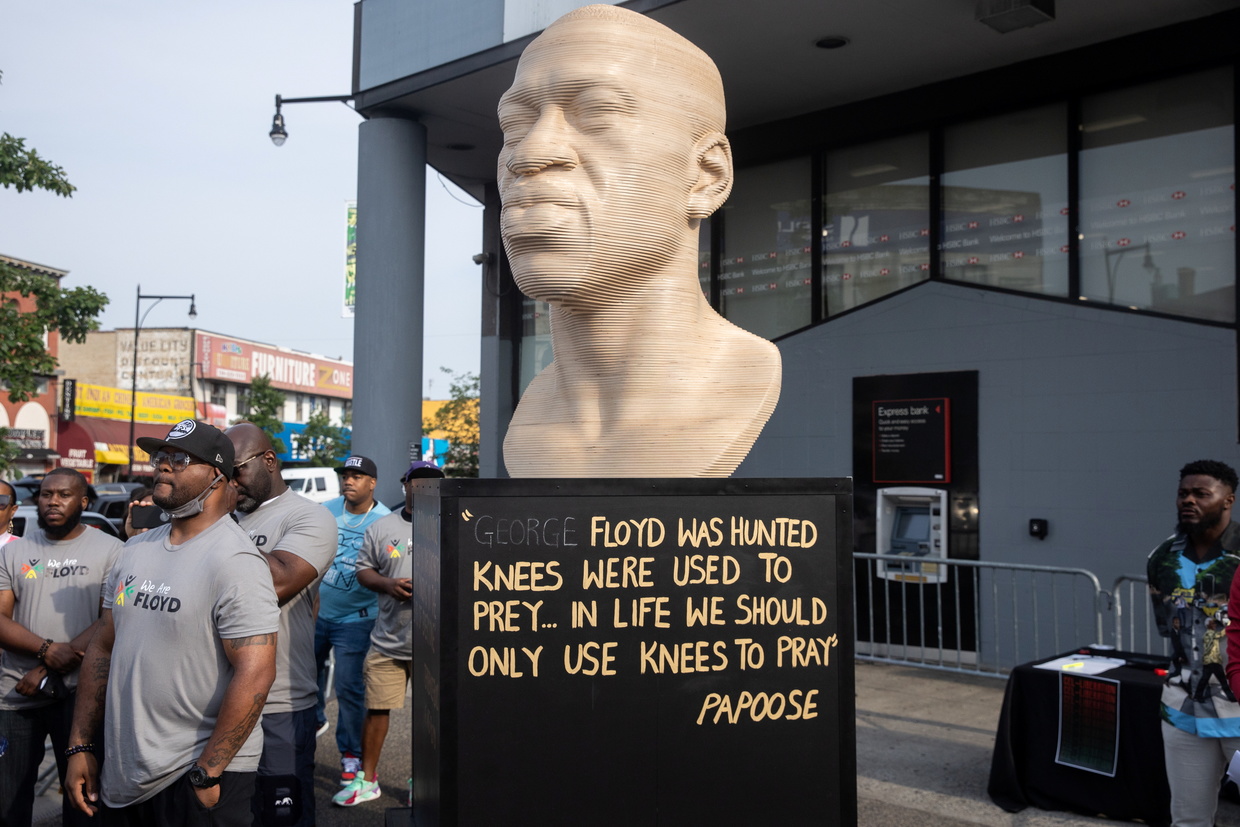 To celebrate Juneteenth, a six-foot statue of George Floyd, the African American man killed by a white policeman in Minneapolis in May 2020, was unveiled in Brooklyn as celebrations happened in New York.

The 800-pound bust, created by American sculptor Chris Carnabuci from Confront ART, will be displayed at Flatbush Junction for several weeks before moving to Union Square.

People were seen dancing to go-go music on Black Lives Matter Plaza in Washington, DC to commemorate Juneteenth, which marks the end of slavery in the United States and became a federal holiday this year, after US President Joe Biden signed it into law.