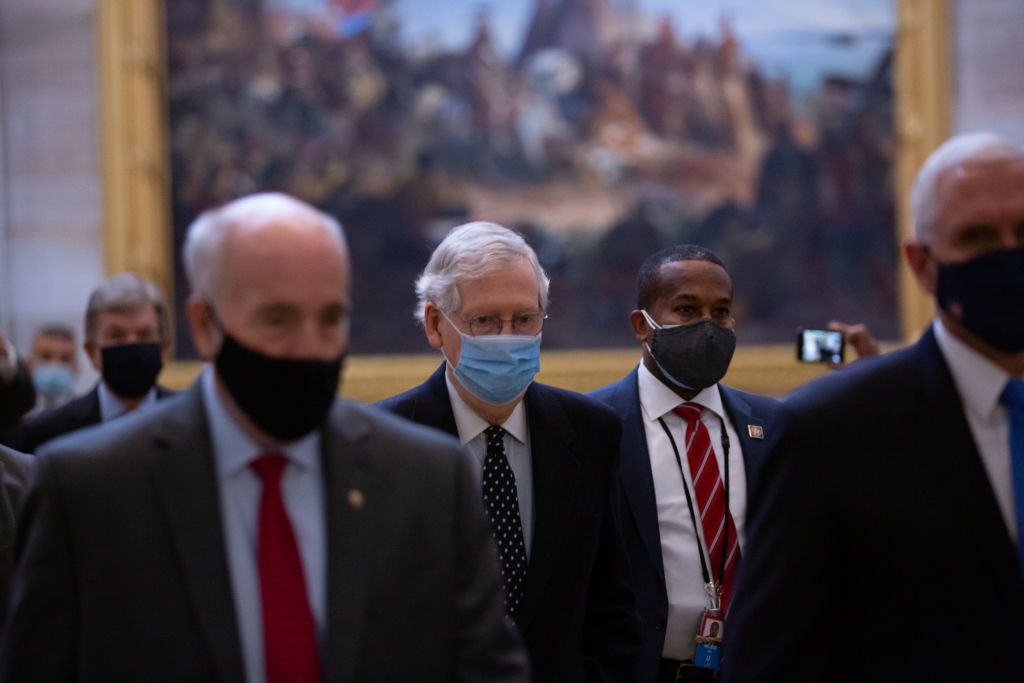 The US Senate voted 55-45 on January 26 to block a Republican effort to scuttle plans for former President Donald Trump’s impeachment trial on a charge bordering on inciting the deadly January 6 assault on the US Capitol, according to Independent.ie.

Five Republicans joined Democrats to reject a motion by Republican Senator Rand Paul that would have required the chamber to vote on whether the trial violates the US Constitution.

Observers considered it an early test of the Senate’s impeachment drive.

However, the five Republicans fall short of the 17 needed to enforce the impeachment, making clear a conviction of the former president for “incitement of insurrection” is unlikely.

Mr Paul and other Republicans contend that the proceedings are unconstitutional because Mr Trump left office last Wednesday and the trial will be overseen by Democratic Senator Patrick Leahy instead of US Chief Justice John Roberts.

“This proceeding, which would try a private citizen and not a president, vice president or civil officer, violates the Constitution,” Mr Paul told his fellow senators after they had been sworn in as jurors for the trial set to begin on February 9.

Most of the Senate’s 50 Republican lawmakers voted against a motion by Mr Schumer to kill Mr Paul’s proposal.

Leahy, 80, was briefly hospitalized on Tuesday evening after not feeling well but was released after an examination, his spokesman, David Carle, said in a statement.

Some Republican senators who backed Paul’s motion said their vote on Tuesday did not indicate how they might come down on Trump’s guilt or innocence after a trial.

The senators voted after being sworn in as jurors for the impeachment trial.