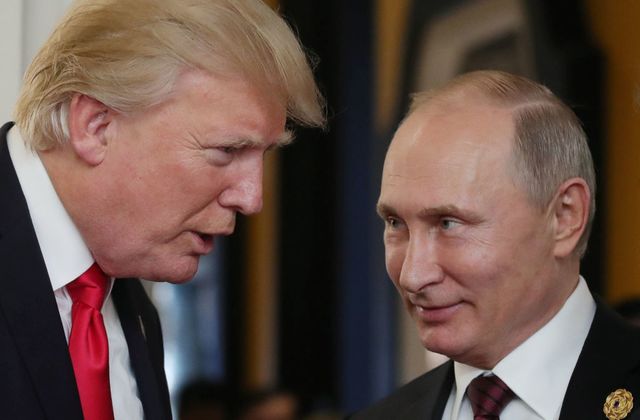 A US intelligence report on Tuesday revealed Russian President Vladimir Putin allegedly authorized attempts to interfere in the 2020 November elections to help former president Donald Trump. The report also mentioned that Russia or no other nation did not directly set out to alter actual votes.

However, the Russian President Vladimir Putin authorized “influence operations aimed at denigrating President Biden’s candidacy and the Democratic Party, supporting Trump, undermining public confidence in the electoral process and exacerbating socio-political divisions in the U.S,” says the report by the Office of the Director of National Intelligence.

The 15-page declassified report also said that Iran attempted to meddle in the elections, against Trump, but that no foreign authority influenced its final outcome.

The report also stated that the attempts authorised by Putin to undermine Biden’s candidacy was similar to the one in 2016 when efforts were made to undermine Hillary Clinton’s presidential run.

No evidence of vote fraud

Despite Trump’s unsubstantiated claims of voter fraud, U.S. election officials have repeatedly described last year’s balloting as secure and free of irregularities. The intelligence community says in its finding that there was no fraud from abroad either.

“We have no indications that any foreign actor attempted to alter any technical aspect of the voting process in the 2020 US elections, including voter registration, casting ballots, vote tabulation, or reporting results,” the report says.

According to NPR, during the campaign, Trump played down reports by the U.S. intelligence community that Russia was seeking to assist him. He made the counter-claim that China was making a major push to support Biden.

As usual, Trump offered no evidence, and the intelligence report says China chose not to get directly involved in the U.S. election.

“We assess that China considered but did not deploy influence efforts intended to change the outcome of the U.S. presidential election,” the report says. “China sought stability in its relationship with the United States, did not view either election outcome as being advantageous enough for China to risk getting caught meddling.”

U.S. officials say the Russians did not operate on the same scale as at 2016, and were not able to hack sensitive campaign emails or wage a widespread social media campaign.

Ukrainian legislator Andril Derkach has been said to have played a prominent role in attempts by Russia to influence the elections, the report reads.

The US Treasury Department had placed sanctions on Derkach last year, who is said to have ties to Russia’s intelligence services. Derkach is also said to have been in contact with Trump’s lawyer Rudy Giuliani, who has been a forerunner in substantiating Trump’s voter fraud claims and spreading anti-Biden disinformation.