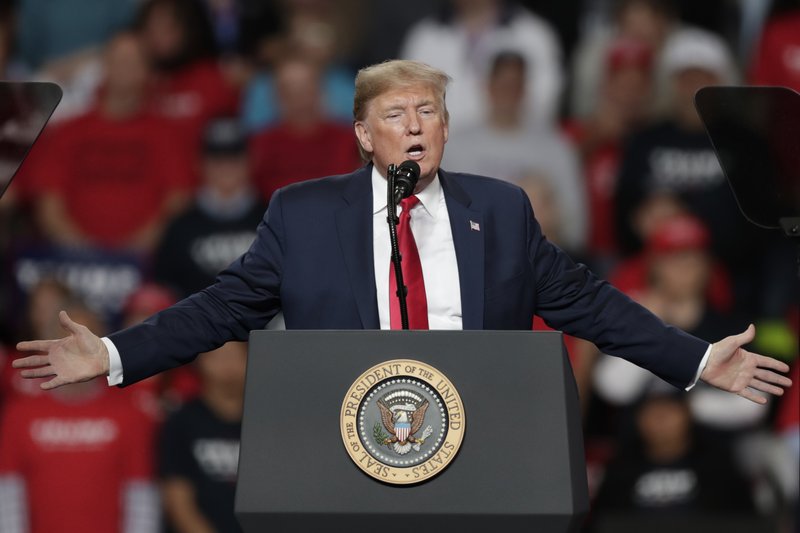 US President Donald Trump was scathing in his criticism of Egypt, accusing the North African country of using US aid to buy military equipment from Russia. This was after he also criticized a draft resolution approved by Congress that includes aid to foreign countries.

Trump refused to approve into law the draft resolution approved by the US Congress on Monday, which includes a plan for economic recovery against the backdrop of the coronavirus pandemic.

Trump said, in a video message from the White House, broadcast on Twitter yesterday evening, that “this bill contains $85.5 million for assistance to Cambodia, $134 million to Burma, $1.3 billion for Egypt and the Egyptian military which will go out and buy, almost exclusively, Russian military equipment.”

He continued: “The draft resolution is called the Covid Relief Bill, but it has almost nothing to do with covid.”

“Congress found plenty of money for foreign countries, lobbyists, and special interests while sending the bare minimum to the American people who need it. It wasn’t their fault, it was China’s fault. Not their fault.”

Trump went on to describe the project as a disgrace.

The US President called for adjustments to the new budget, which amounted to $900 billion, to increase the stimulus amount for Americans from $600 per person to $2,000 for individuals, or $4,000 for couples.

Under the heading of “Procurement, Defense-Wide”, the act also detailed a total of $500 million for the “Israeli Cooperative Programs”.

Of that amount, “$73,000,000 shall be for the Secretary of Defense to provide to the Government of Israel for the procurement of the Iron Dome defense system to counter short-range rocket threats,” it said.

President Trump, who is due to leave office in January 2021 has refused to concede defeat to President-elect Joe Biden despite the Electoral College declaring the Democrat flagbearer as the winner.

Trump remains tenacious in his comments on electoral theft despite losing several court cases challenging the outcome of the election.