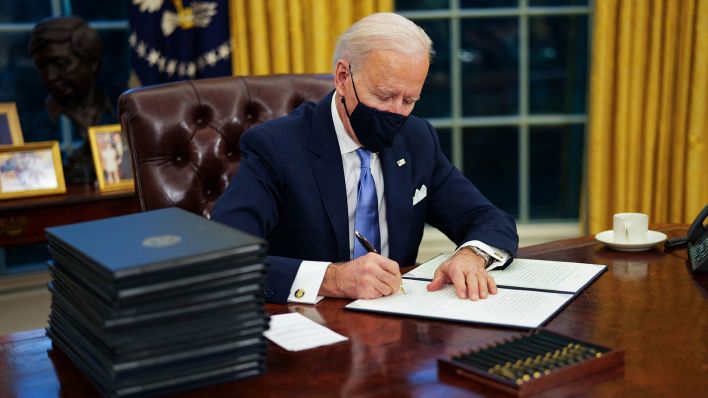 Last year Trump stopped the issuance of green cards until the end of 2020 in the name of protecting American jobs amid high unemployment due to the coronavirus pandemic. On December 31, he extended those orders until the end of March.

Biden rejected Trump’s hardline approach in a proclamation on Wednesday while rescinding the visa ban. The 46th US president said that “shutting the door on legal immigrants does not advance the interests of the United States”, reported AP.

On the contrary, Biden said it harmed the United States, by preventing certain family members of US citizens and lawful permanent residents from joining their families here. “It also harmed American businesses that utilize talent from around the world,” Biden stated in his proclamation.

As many as 1,20,000 family-based preference visas were lost largely because of the pandemic-related freeze in the 2020 budget year, according to the American Immigrant Lawyers Association. Immigrants could not bring over family members unless they were US citizens applying for visas for their spouses or children under the age of 21.

Barring healthcare professionals, Chinese and Indian tech experts working on the H1B employment-based visas were highly affected by the freeze.

Whilst Biden has pledged to reverse many of Trump’s hardline immigration policies amidst pressure from immigration advocates, the president has not said whether there will be any redress for visa lottery winners who lost out because of the pandemic-era policies of Trump.

According to AP, Biden has, however, called for the US to increase the number of diversity visas available via the lottery each year from 55,000 to 80,000.