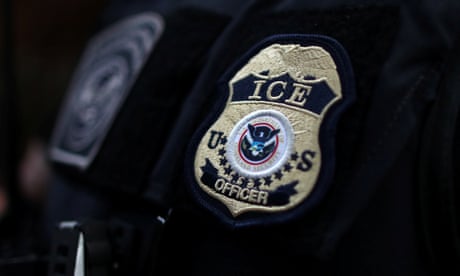 Despite a 100-day moratorium on all deportations by the Biden administration, the US Immigration and Custom Enforcement (ICE) deported at least 72 people to Haiti on Monday, including a two-month-old baby and 21 other children.

According to the Guardian, the enforcement is facing a rising chorus of denunciation as a “rogue agency” for its apparent refusal to abide by the new guidelines laid down by Biden and his homeland security secretary, Alejandro Mayorkas.

Although the 100-day moratorium on all deportations was temporarily blocked by a judge in Texas, the judge’s restraining order left in place the new guidelines stipulating that only the most serious immigration cases should be subject to deportation.

Among the human rights activists dismayed by the deportations, which bear a close resemblance to the hardline course set by Donald Trump, is Guerline Jozef, executive director of the immigration support group the Haitian Bridge Alliance.

“It is unconscionable for us as a country to continue with the same draconian, cruel policies that were pursued by the Trump administration,” said Guerline Jozef.

She added: “I don’t know what’s going on between Ice and the Biden administration, but we know what needs to be done: the deportations must stop.”

Activists and immigration advisers are especially concerned about the safety of the deported Haitian children. Haiti is embroiled in a political crisis, as the incumbent President Jovenel Moïse has signalled his reluctance to leave office despite pressure from the opposition, who say his tenure ended February 7.

The Caribbean country has been overrun by gang violence and cases of kidnappings are on the rise. The economy has taken a hit, worsened by the coronavirus, and the overall standard of living is poor.

According to the Guardian, Moïse has been ruling by decree for more than a year and has recently cracked down on public protests. On Sunday, the day that opponents urged him to stand down, he announced the arrests of 23 people including a supreme court justice and a senior police inspector whom he claimed were plotting a coup against him.

Two Haitian journalists were reportedly shot with live ammunition fired by the armed forces on Monday in volatile scenes in the Champ de Mars in downtown Port-au-Prince.

Ironically, the Biden administration are backing Moïse in the dispute, asserting it is of the view that the Haitian president has another year to run before he must leave office.

Jozef said it was not safe to return children to this environment. “I fear for the kids being sent into the middle of this uprising. It’s as if there is a house burning, and instead of taking people out for their own safety the United States is sending defenseless babies into the burning house.”

Ice underpins its deportation policies under the controversial use of Title 42, a health statute introduced in 1944 that was rarely used until recently. The Trump administration supercharged its application under the guise that it was necessary as a health protection against the coronavirus pandemic.

The Trump administration continued their aggressive deportations, especially to Haiti, into the final hours of his presidency. The day before he left the White House, a final deportation flight was sent to Haiti carrying a man who was not a Haitian citizen and had never been to the country.