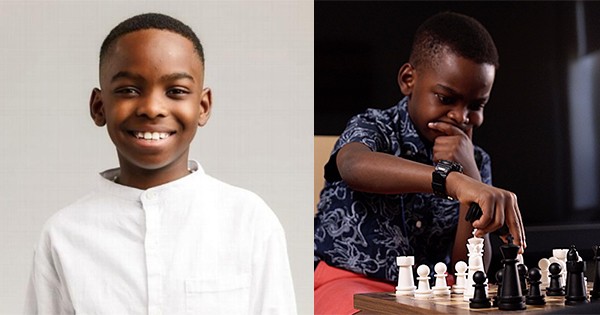 AMERICA (Black News) – Tanitoluwa Adewumi, a 10-year old boy who lives in New York, is now officially a U.S. National Chess Master. It is a dream come true for the boy who won the New York State chess championship while living in a homeless shelter when he was just 8-years old.

Most recently, Adewumi, who,s origin is Nigerian, won his latest championship when he ultimately earned a chess rating of 2223. The United States National Chess Master title is given to players who reached a rating of over 2200 points accrued from games, which Adewumi achieved.

It came just 2 years after Adewumi gained national attention in winning the National State chess championship. He learned chess just within a year after he and his family arrived in the US in 2017 as they fled from Nigeria due to fears of terrorist attacks.

During their first years in New York City, his family was living in a homeless shelter near a school where there was a chess program. When several people learned about his situation, a GoFundMe fundraiser was launched and eventually raised $254,000, which helped them move to a better home where they currently reside.

Last year, a biography called My Name is Tani based on his life was published and is set to be produced as a film with Paramount Pictures.