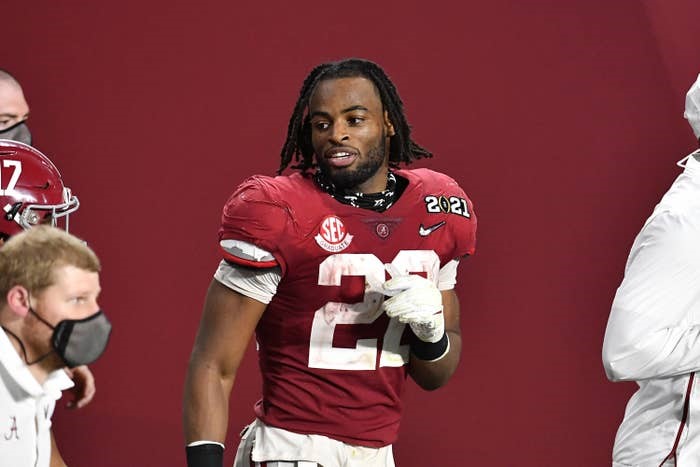 According to CBS News, hours before Najee Harris was drafted into the NFL, the fresh Pittsburgh Steelers player hosted a party at the homeless shelter where he and his family once lived.

According to NewsOne, the celebration was hosted at a housing facility run by the Greater Richmond Interfaith Program. GRIP—which has been serving the Richmond, California community since 1993—works to eradicate homelessness and food insecurity.

Harris resided there with his mother and siblings nearly 11 years ago. Before being drafted, Harris and his family returned to the shelter to host a party so that those living there could be a part of his special day. He provided food for all of the residents at the shelter.

“There was a time I needed a helping hand. They gave us an opportunity to get back on our feet,” Harris told San Francisco TV station KRON. “So it is my job to give back.”

“It was really emotional for my mom,” Harris added. “Almost as if she was crying, in a way, because we have a lot of memories here. That was a time in my life when it was really low.”

Harris enters the NFL as one of Alabama’s most accomplished running backs.

Harris is leaving as the university’s all-time leader in total touchdowns with 57.