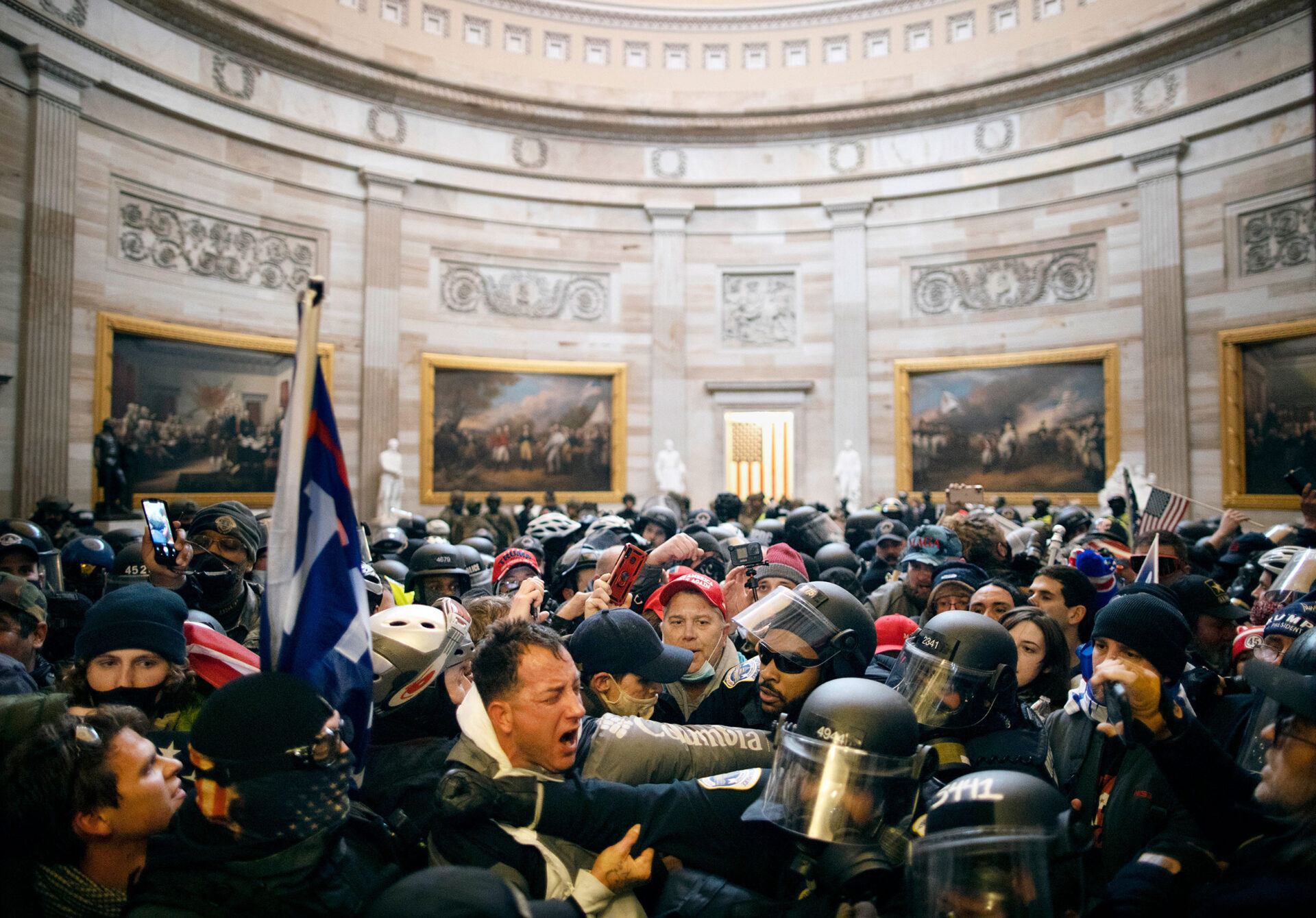 Donald Trump’s impeachment trial on Wednesday was highlighted by chilling never-before-seen footage of the Capitol riots released by house impeachment managers as evidence during the second day of the trial.

Rep. Jamie Raskin, a Maryland Democrat and lead impeachment manager, warned parents and teachers to be cautious in allowing children or students to watch clips shared during the trial as they show “shocking violence, bloodshed and pain in the nation’s Capitol.”

In his opening remarks, Raskin said his team’s case against former President Trump would be “based on cold, hard facts.”

“It’s all about the facts,” Raskin said.

Raskin, a Democratic congressman from Maryland, said Trump has sent his lawyers to the trial to “try to stop the Senate from hearing the facts of this case.”

“They want to call the trial over before any evidence is even introduced. Their argument is that if you commit an impeachable offense in your last few weeks in office, you do it with constitutional impunity. You get away with it.”

“If we buy this radical argument that President Trump’s lawyers advance, we risk allowing Jan. 6 to become our future,” he added.

Another footage shows VP Mike Pence and other lawmakers being evacuated.

According to the New York Times, there was an audible gasp in the room when the images appeared of a Capitol Police officer firing a single fatal gunshot at a protester who was trying to break into the House chamber. And the discordant sound of curses at the police that day drew looks of disdain in a chamber with strict rules against the use of profanity.

Senators maintained an air of calm, but there were moments when their emotions betrayed them.

Many of the reporters who had covered the riot were bowled over by emotions, fighting back tears as they watched the images of the building being overwhelmed by angry protesters.

Some confessed to seeing many of the images for the first time.

Analysts assert that with all the evidence stacked against Trump, it would come off as a surprise if he is not convicted and impeached by the Senate Republicans.