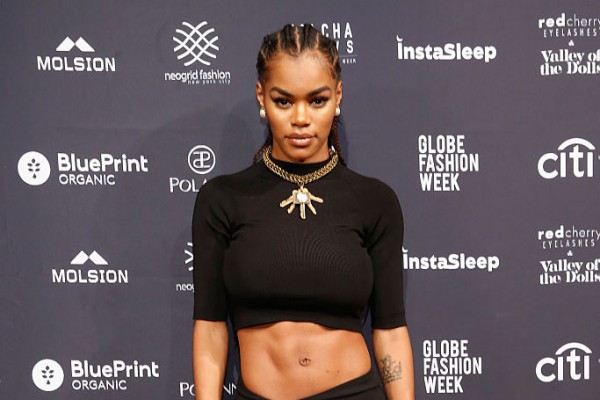 African American musician Teyana Taylor in a recent interview explained her reasons for quitting music. She stated that most of her frustrations came from, “G.O.O.D Music” label owned by Kanye West

Taylor was signed by West in 2012 while she was working on his album “My Beautiful Dark Twisted Fantasy.”

After releasing her third album, “The Album,” last June, Taylor, 30, suddenly shocked her fans by announcing her retirement from music in December 2020.

And she told Cam Newton’s “Sip an’ Smoke” Web series Thursday that part of the reason for her exit from the industry was that she felt let down by West’s label.

“I am going to feel underappreciated if I’m putting in 110 percent and my label is giving me … what, 10 percent of that,” she said.

“I put in a lot of work [and] I felt like the label wasn’t really hearing me and [seeing] me. I feel underappreciated. It’s not that I retired permanently, it’s more like, I don’t want to move another inch for a company.”

When she quit the industry, she wrote on social media, “Retiring this chapter of my story with the comfort that I can depart with peace of mind seeing that all the hard work and passion put in was indeed loved and supported somewhere in the world.”

In the same post — alongside her year-end Spotify stats, which showed nearly 163 million streams in 2021 — she also complained about the lack of support from the label.

“I ain’t gone front [I’m] feeling super underappreciated as an artist, receiving little to no real push from the ‘machine,’ constantly getting the shorter end of the stick, being overlooked, I mean the list [goes] on and on,” she wrote.