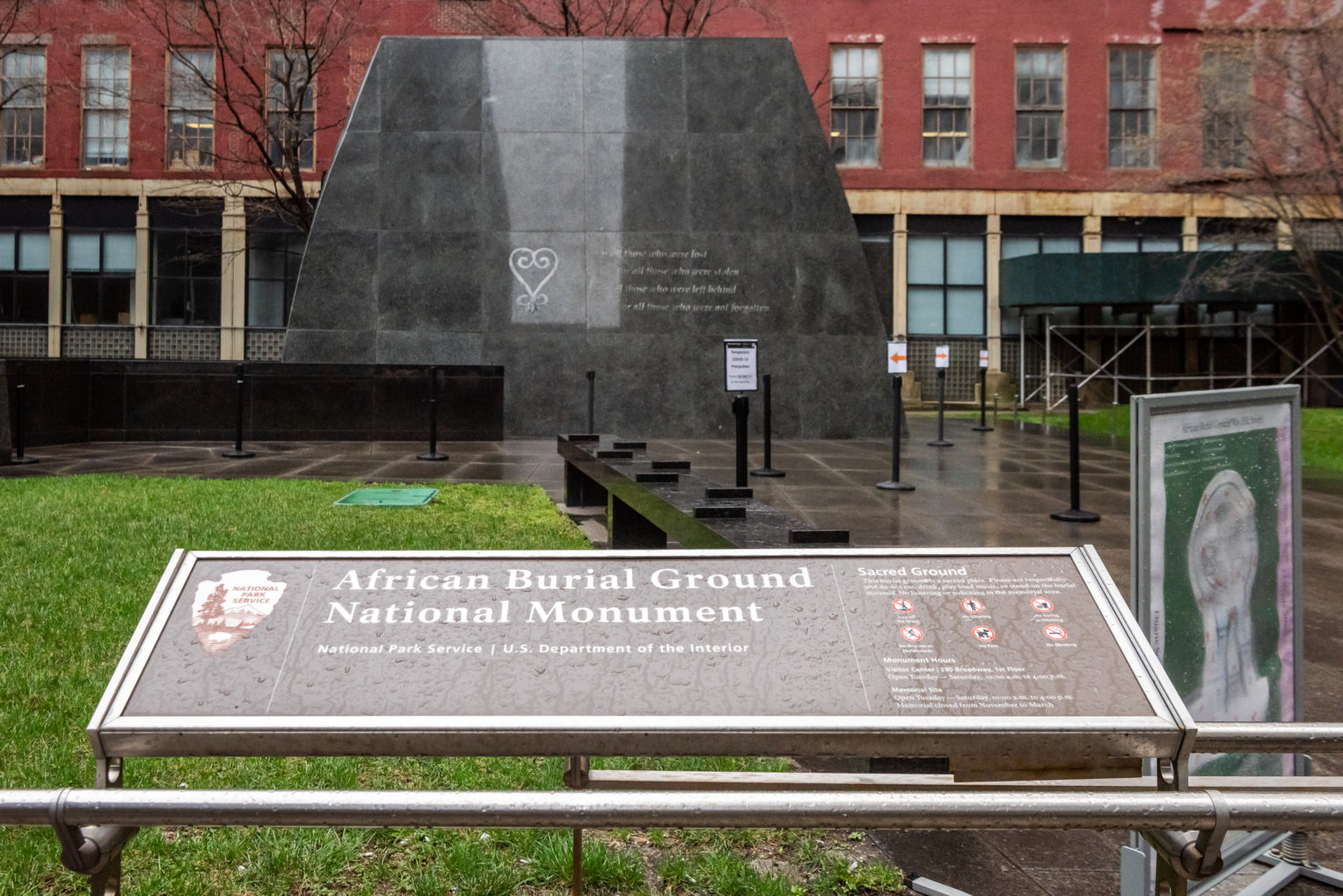 Officials are making concerted efforts to further preserve a part of lower Manhattan that is embedded in the fabric of American history. According to AM New York, elected officials have reintroduced legislation for the creation of a museum that pays homage to the enslaved and free Africans who are buried at the African Burial Ground.

The land—which is known to be North America’s largest and oldest exhumed burial ground—is where over 15,000 Africans were buried between the 1690s and the 1790s. The site was long forgotten about until 1991 when a group of people working on an excavation project in front of the Ted Weiss Federal Building at 290 Broadway discovered the remains of over 400 Africans and hundreds of relics; unearthing a masked part of history. Two years after the discovery, the African Burial Ground became a National Historic Landmark. The National Park Service named it a national monument in 2006. The current memorial gives a glimpse into what the cultural and social landscapes were like for enslaved Africans in New York during the 17th and 18th centuries.

The bill—dubbed the African Burial Ground International Memorial Museum and Education Center Act—is calling for the expansion of the current site and the addition of an education center that will delve deeper into this significant part of history. The legislation, which was initially proposed by a federal steering committee in 1992—is being spearheaded by Congressman Jeffrey Nadler and U.S. Senator Kirsten Gillibrand. Congressional members Gregory Meeks, Adriano Espaillat, Carolyn Maloney, Grace Meng and Hakeem Jeffries have backed the bill.

“We cannot tell the true American story without lifting off and recognizing the sacrifice, the pain, the suffering, and the death that enslaved Africans, endured,” Congressman Jeffries, said in a statement, according to the news outlet. “It also represents the struggle, the perseverance, the journey, the ability to overcome trials and tribulations. That is why it is so important that we have a permanent and living and accessible memorial and museum for those enslaved Africans who are buried right here. This effort represents truth and a continuation of our journey toward a more perfect union.”

There have been several efforts made to protect and preserve places in New York City that are a part of Black history. Earlier this year, a virtual public hearing was held to make one of the NAACP’s first headquarters—located at 70 Fifth Avenue in the Greenwich Village neighborhood—a landmark.