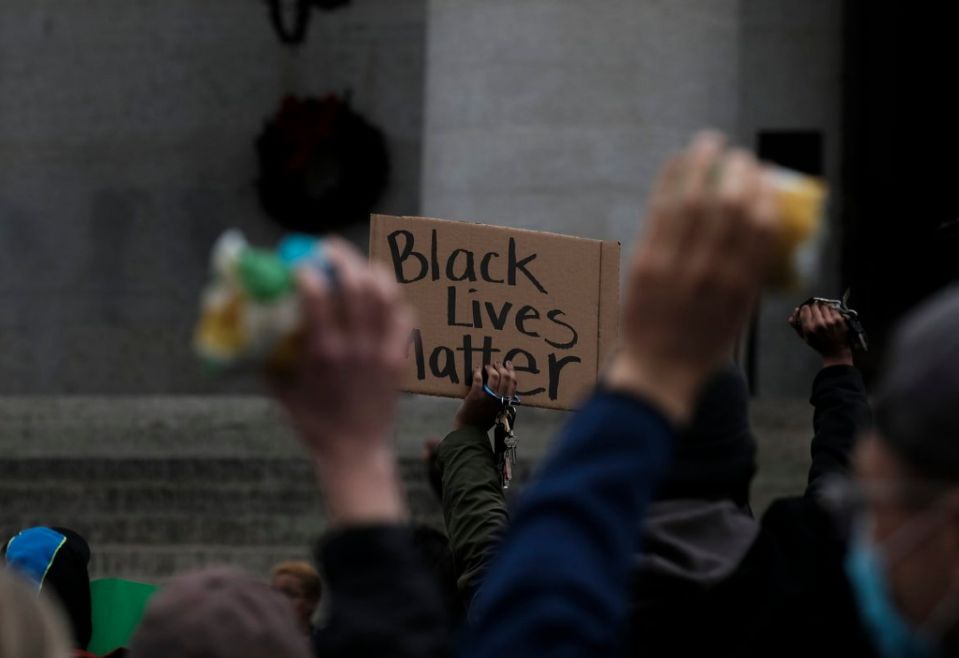 An unarmed Black man, Andre Maurice Hill, has been shot dead by a white police officer, Adam Coy in Columbus, Ohio, according to a body camera footage, making it the second African-American killed by police in Columbus in less than three weeks.

Hill, 47, was not carrying a weapon, according to police investigators.

Adam Coy, a 19-year veteran of the department, has since been placed on paid administrative leave.

Seconds before the gunfire, bodycam footage shows Hill walking towards the policeman holding a cell phone in his left hand, while his other hand cannot be seen.

Hill was shot in his garage within 10 seconds of encountering the white cop who was called to the scene for a minor incident.

On Thursday, Columbus Police Chief Tom Quinlan recommended that Coy be dismissed from the force on allegations of “critical misconduct”.

“We have an officer who violated his oath to comply with the rules and policies of the Columbus Division of Police,” Quinlan said in a statement. “This violation cost an innocent man his life.”

The footage showed Coy and his colleague waited over five minutes before approaching Hill, who was still breathing but died later.

Casey Goodson Jr, 23, was also shot several times on December 4 while returning home. His family has said he was holding a sandwich which law enforcement mistook for a gun.

At a press conference Wednesday, Columbus Mayor Andrew Ginther called for the immediate termination of Coy, saying he was “outraged” by the shooting.

“I am also very disturbed about what I don’t see next in the body-worn camera footage,” Ginther said. “From what we can see, none of the officers initially at the scene provide medical assistance to Mr. Hill. No compression on the wounds to stop the bleeding. No attempts at CPR. Not even a hand on the shoulder and an encouraging word that medics were en route.”

Ginther said that Hill was known to the residents of the house where he was shot and an “expected guest.”

“Once again officers see a Black man and conclude that he’s criminal and dangerous,” said lawyer Ben Crump, who has a reputation for defending families of police brutality victims including Floyd’s, on Wednesday.

The murder is reminiscent of George Floyd’s, a Black man who was killed by a white police officer who had kneeled on his neck for over eight minutes.

One commentator at the scene of the protest said, “When does it get to stop?” [White police officers killing unarmed Black men].