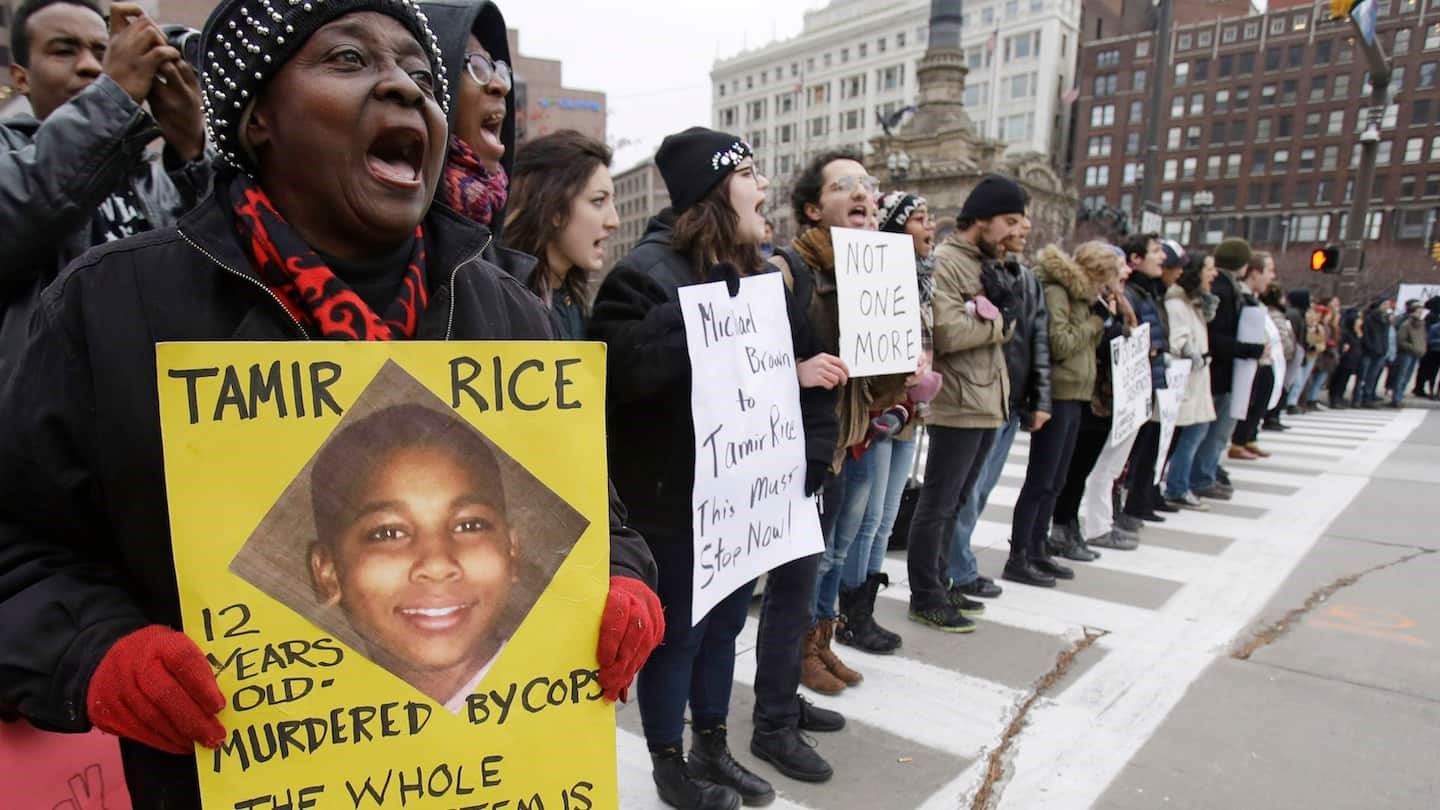 The US Justice Department announced Tuesday that it would not prosecute any of the officers involved in the death of 12-year-old Tamir Rice because it found insufficient evidence to support federal criminal charges against the two white officers, Timothy Loehmann and Frank Garmback.

Six years ago, pre-teen Tamir Rice was shot and killed outside of a recreation center by then-Cleveland police Officer Timothy Loehmann, who authorities said mistook a black, toy airsoft pistol for a real firearm.

The death of the Black boy in November 2014 grew to exemplify the allegations of excessive use of force by police that have defined the Black Lives Matter movement.

According to the Feds, the video footage from the shooting was of poor quality and could not help prosecutors determine what transpired.

The killing happened in daylight on Nov. 22, 2014, and video footage of the killing shows the child was shot within two seconds of the police arriving at the scene. Loehmann fired two bullets into Rice, and Garmback allege they believed he was carrying a gun.

The officers were responding to a 911 call during which the caller said there was a man — “probably a juvenile” — pointing a gun — “probably fake” — at people on the playground. However, the dispatcher failed to relay to the responding officers the fact that the subject of the call was likely a child with a toy, NPR reports.

The prosecutors, who looked at video evidence from the incident as well as officer statements, witness interviews and statements from experts, said the footage was grainy, shot from a distance, didn’t show all of the incident and does not provide detail.

Loehmann was fired in May 2017, not for the shooting, but because investigators found he wasn’t truthful about his employment history when he applied for the job, officials said.

Garmback was suspended for 10 days because he violated tactical rules relating to how he drove up to the site where Rice was shot that day.

“It’s beyond comprehension that the Department couldn’t recognize that an officer who claims he shouted commands when the patrol car’s window was closed and it was a winter day is lying,” Chandra said. “The Rice family has been cheated of a fair process yet again.”

Another attorney for Tamir Rice’s family, Jonathan Abady, told CNN that he has spoken with Rice’s mother, Samaria, and she is beside herself with grief and disappointment.

“This case involves the totally unjustified shooting of a 12-year-old child,” he said. “This is part of a problem that we’ve been living with as a society for as long as anyone can remember, that is the unjustified excessive use of force by police officers against people of color.

“And the idea that people would not be held accountable for this is really more than upsetting.”

The city of Cleveland reportedly paid $6 million as settlement to Rice’s family.