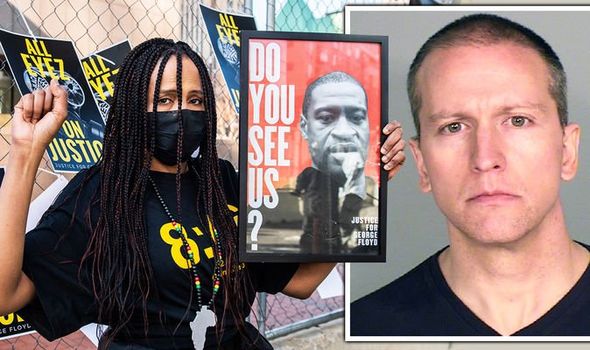 The jurors sitting over the trial of white police officer Derek Chauvin who is accused of killing Black resident George Floyd in Minneapolis last year heard today that the police denied requests to provide the victim with emergency medical help.

On Tuesday, firefighter Genevieve Hansen testimonial evidence was supported by phone footage taken by bystanders, that she was held back from Mr Floyd despite identifying herself and offering repeatedly to check his pulse while Mr Chauvin knelt on his neck.

“There was a man being killed. I would have been able to provide medical attention to the best of my abilities,” she said, detailing her emergency medical training. “This human was denied that right.”

Footage shows Ms Hansen walking up to police officer Tou Thao and offering to assist after Mr Floyd stopped moving, while a crowd behind her shouts at Mr Chauvin. The policeman orders her to get back onto the pavement.

Multiple witnesses have now described begging Mr Chauvin to take his knee off Mr Floyd’s neck during the nine minutes 29 seconds he pinned him down in this way. Footage shows a small crowd calling on Mr Chauvin to stop as Floyd pleads for his life.

Earlier, the teen Darnella Frazier who filmed the widely-viewed cellphone video of the incident gave her testimony which was broadcast via audio only due to her age. She became emotional as she described seeing Floyd “suffering” and begging for his life.

“This was a cry for help, definitely,” she said.

Another teenage witness who also videotaped the encounter said she could see that Floyd was “fighting to breathe” and that “time was running out, or that it had already.”

The jury also heard from a bystander trained in mixed martial arts who repeatedly yelled for Chauvin to relieve pressure on Floyd’s neck. Donald Williams II finished his testimony after a tense exchange with defense attorney Eric Nelson, who characterized Williams’ comments to Chauvin as “angry.”

Nelson gave his submission that Mr Floyd did not die as a result of being pinned down but because of various health conditions including heart disease and high blood pressure intensified by drug use.

George Floyd’s death on May 25 sparked a fresh wave of the Black Lives Matter protest, which spread round the globe

Mr Chauvin is charged with murder and manslaughter.