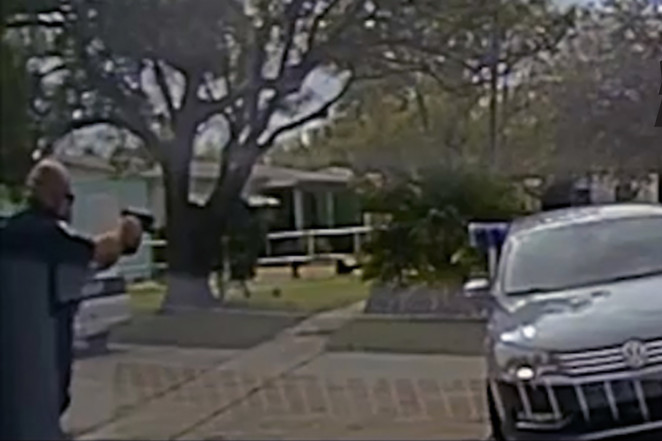 Florida police officers involved in the killing of two Black teenagers are defending the shooting despite a dashcam video released on Tuesday that showed the officers did not have to resort to using lethal force.

Dashcam video shows two police cruisers following the teens, who pull into a driveway of a home.

Santiago-Miranda immediately gets out of his patrol car and repeatedly tells them to, “Stop the vehicle!” The deputy approaches the car as it begins to drive away and then shoots multiple times into the driver’s side, video shows. It is unclear whether the teenagers had heard the order to pull over.

Pierce’s aunt, Cynthia Green, told Florida Today she was frustrated with the sheriff department’s response and believed the teens’ death was a result of mistaken identity.

Green said Pierce was picked up by his friends around 10:30 a.m. Friday, and when they turned the corner, the deputies pulled up behind them, according to WESH2.

Ben Crump, the civil rights lawyer who is representing the families of Sincere Pierce, 18, and A.J. Crooms, 16, said the video shows the teenagers “posed no threat.”

Crump suggested that Pierce and Crooms may have panicked and tried to drive away, while the officers approached them. Eventually, multiple shots were fired at the vehicle at close range, killing both teens in Cocoa, a coastal city about 46 miles southeast of Orlando. The deadly encounter unfolded in less than one minute.

Below is an edited and incomplete dashcam video of the shooting the Brevard County Sheriff’s Office released on its Facebook page and shared by Ben Crump. Viewers discretion is advised.

The community held a rally in Cocoa on Wednesday to seek justice for the teens. Over 100 people attend including family members and civil rights leaders.

The guilty officers Santiago-Miranda and Hendren have been placed on paid administrative leave.