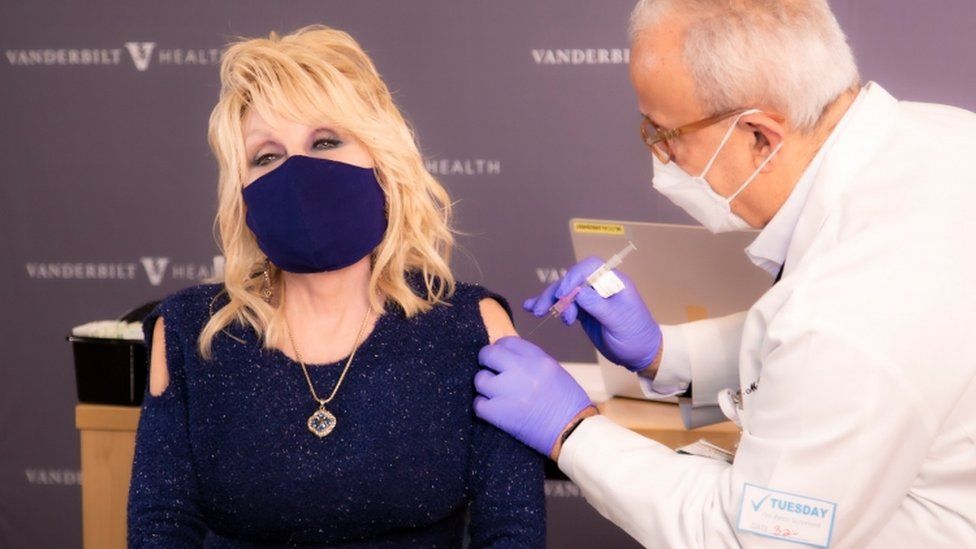 The 75-year-old country music star broke into singing while getting the jab and adapted one of her best-known ballads.

Parton was injected with a vaccine developed by Moderna. She was credited with helping fund the Moderna vaccine after donating $1m (£716,000) to Vanderbilt University Medical Centre.

Parton, a Grammy award winner said she had been “waiting a while” for her vaccination.

Last month Parton told the Associated Press she wanted to wait until vaccines were more widely available because “I don’t want it to look like I’m jumping the line”.

Parton, addressing those hesitant to take the vaccine, said: “I just want to say to all of you cowards out there – don’t be such a chicken squat. Get out there and get your shot.”

After getting her first jab, she said: “That didn’t hurt.”