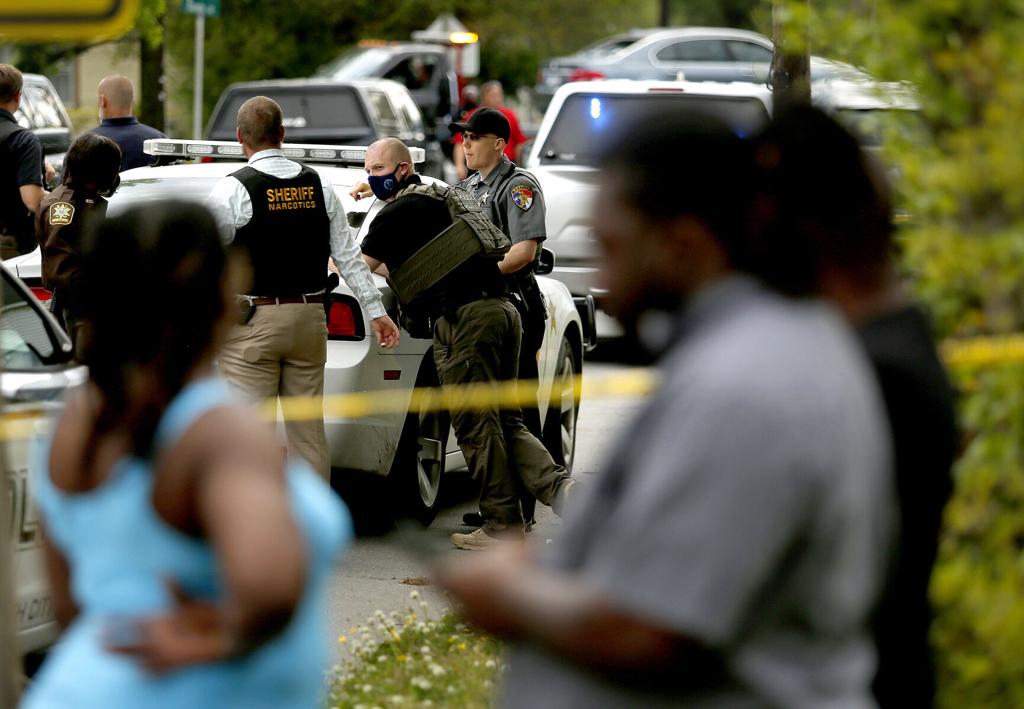 Just one day after Derek Chauvin was convicted for murdering George Floyd, a local sheriff deputy in North Carolina fatally shot a Black man in his car while serving him a search warrant.

Authorities identified the man who was slain as Andrew Brown Jr., a resident of Elizabeth City, and said only that he was shot when sheriff’s deputies tried to serve him with a search warrant at about 8.40am, Reuters report.

Investigation into the killing has been launched by state officials and the killer cop has been placed on administrative leave, local media reported on Wednesday.

Relatives described him to the Raleigh News & Observer and other media outlets as a 40-year-old father and an African American.

Law enforcement officials did not say whether Brown was armed at the time or whether he was considered a threat to the officers. The nature of the warrant was not disclosed.

But according to eyewitnesses, Andrew Brown Jr. was shot while trying to drive away and that deputies fired at him multiple times. The car skidded out of Brown’s yard and eventually hit a tree, said Demetria Williams, who lives on the same street and ran out of her house when she heard the gunshots.

“When they opened the door (to the car) he was already dead,” Williams told The Associated Press. “He was slumped over.” She said officers tried to perform chest compressions on him.

According to AP, dozens of people gathered at the scene of the shooting in Elizabeth City, a municipality of about 18,000 people 170 miles (274 km) northeast of Raleigh, where they expressed their anger and rallied around Brown’s family members. A large crowd later stood outside City Hall while the City Council held an emergency meeting, some holding signs proclaiming “Black Lives Matter” and “Stop killing unarmed Black Men.” As the evening wore on, a group gathered in the parking lot of the sheriff’s office and a crowd that grew to more than 200 blocked traffic on a main thoroughfare of the city, forcing cars to turn around.

Williams, the eyewitness who also was among those demonstrating outside City Hall on Wednesday evening, said Brown, who was known by neighbors as “Drew,” wasn’t a violent person.

“I didn’t believe that (officers) really did that because he wasn’t a threat to them. He was driving off even though he was trying to get away,” Williams said.

During the emergency meeting, Black members of the City Council spoke emotionally about the fears of their community amid multiple police shootings across the country and implored investigators to remain transparent.

“I’m afraid as a Black man,” an emotional Councilman Gabriel Adkins told his colleagues. “I’m afraid that I may be the next one that my family might have to see on the news that I was gunned down.”

Brown’s grandmother, Lydia Brown, and his aunt Clarissa Brown Gibson told The Associated Press that they learned about his death through a TV news report. Both said they want the shooting thoroughly investigated.