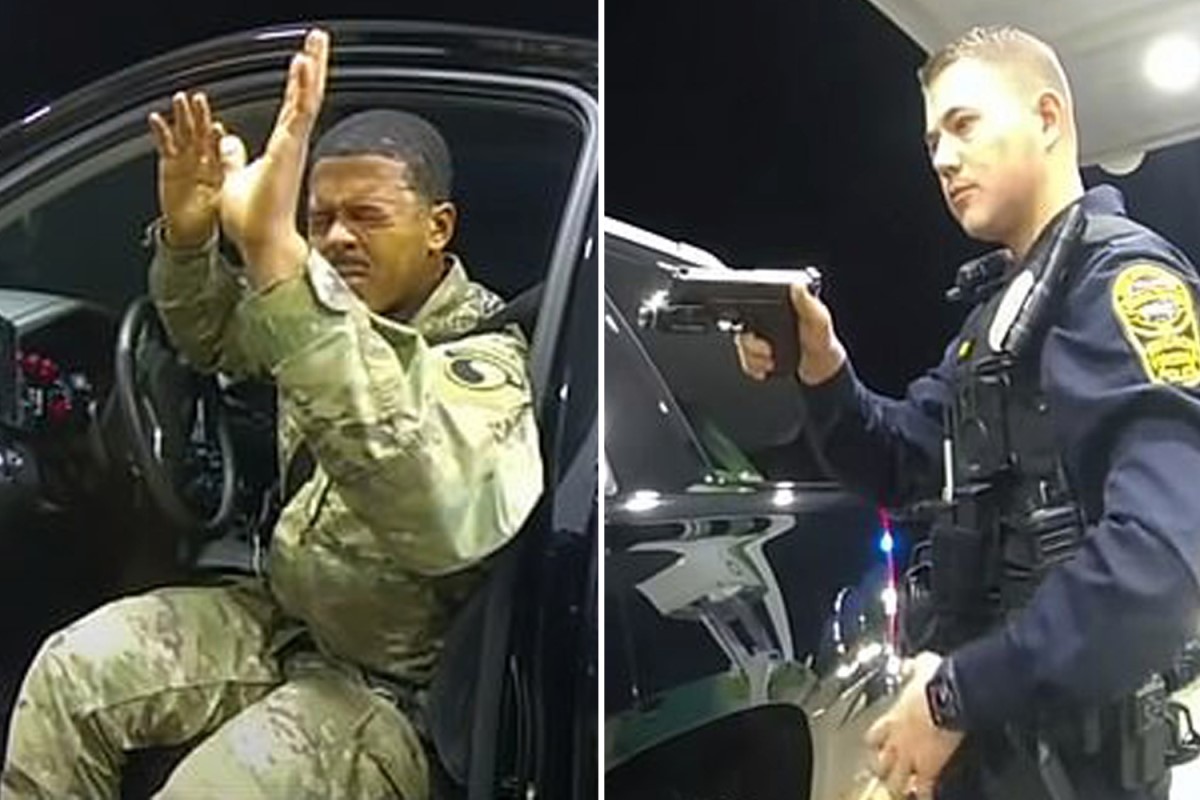 Army Second Lieutenant Caron Nazario has filed a lawsuit against two police officers after he was held at gunpoint, harassed and pepper-sprayed during a traffic stop in Windsor, Virginia last December.

Mr Nazario – who is Black and Latino – sued the department, claiming the officers racially profiled him and threatened to kill him. He also claims the stop may hurt his future career in the military.

A body camera and cell phone video showed Nazario, who was wearing his uniform, inside his car while his hands were out of the window and repeatedly saying he didn’t commit any crime.

Two police officers can be seen in the video with their guns drawn, ordering him to get out. When Nazario said he is afraid to get out, one of the officers replied, “Yeah dude, you should be.”

Nazario continued asking why he was pulled over while his hands are up. But then one of the police officers pepper-sprayed him 4 times before ordering him to the ground and putting him in handcuffs.

The incident report cited Nazario was pulled over because he didn’t have a rear license plate. However, his car seemed to be new and a temporary dealer plate attached to the car’s window can be seen in the video.

The incident occurred on December 5 but the body camera video was released just recently. Nazario is suing the police officers for allegedly violating his Constitutional rights.

“What prompted him to file is the need to stop this conduct,” Attorney Jonathan Arthur, who is representing Nazario, told CBS. “The need to hold these two officers accountable and make sure they cannot do it again.”

Sergeant Major of the US Army Michael Grinston, the highest ranking enlisted soldier in the US Army, took to Twitter to offer his support to Mr Nazario.

“Like many of you, I was concerned by the video of LT Nazario’s traffic stop in December. He represented himself and our Army well through his calm, professional response to the situation – I’m very proud of him,” Mr Grinston said. “Situations like this are what I want Soldiers to discuss. This is the reality that some of our Soldiers still face. As a Leader, you should know that and be willing to have conversations about how events like this impact your teams.”

Mr Grintson said he could not comment on the ongoing situation as litigation was involved, but he said Mr Nazario was “receiving the support from his leadership he needs.”

One of the police officers have been fired, and the other is likely to face a similar punishment.