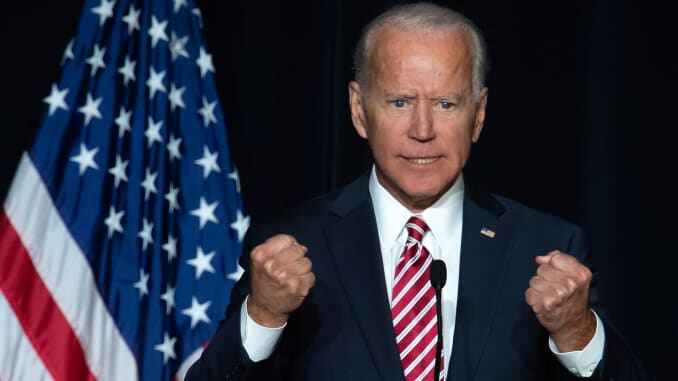 US President-elect Joe Biden has won the state of Georgia after the votes were thoroughly recounted, which poses a major setback to Donald Trump and his Republican allies who continue to challenge the presidential election result, alleging fraud.

The Democrat beat his Republican rival in Georgia by 12,284 votes, according to the audit required by state law. The tally is a slight drop from the pre-audit result.

Joe Biden said he was confident Trump knew he was not going to win and had shown “incredible irresponsibility”.

Officials have said repeatedly that the audit confirmed there was no widespread fraud or irregularities in the election.

According to CNN, Georgia is required under state law to certify its election results by Friday.

“This is a credit to the hard work of our county and local elections officials who moved quickly to undertake and complete such a momentous task in a short period of time.”

Trump’s loss in Georgia is a big blow, owing to the fact that it is a red state.

According to CNN, the suburban revolt against Trump in the suburbs surrounding Atlanta, paired with huge turnout among Black voters, powered Biden’s gains in the state, building on years of intensive Democratic organizing to register voters.

The Biden campaign’s communications director for Georgia, Jaclyn Rothenberg, said in a statement Thursday evening that the recount outcome, “simply reaffirmed what we already knew: Georgia voters selected Joe Biden to be their next president.”

“We are grateful to the election officials, volunteers and workers for working overtime and under unprecedented circumstances to complete this recount, as the utmost form of public service,” she said.

The US Senate runoff elections will determine which political party controls the Senate.

Answering questions on Trump’s refusal to concede defeat, Biden said the president was sending “incredibly damaging messages… to the rest of the world about how democracy functions” and that he would be remembered, “as being one of the most irresponsible presidents in American history”.

Of the election result, the Democratic president-elect – who is due to take office in January – said: “The vast majority of people believe it’s legitimate.”

“Having failed to make even a plausible case of widespread fraud or conspiracy before any court of law, the President has now resorted to overt pressure on state and local officials to subvert the will of the people and overturn the election,” he wrote.

“It is difficult to imagine a worse, more undemocratic action by a sitting American President.”