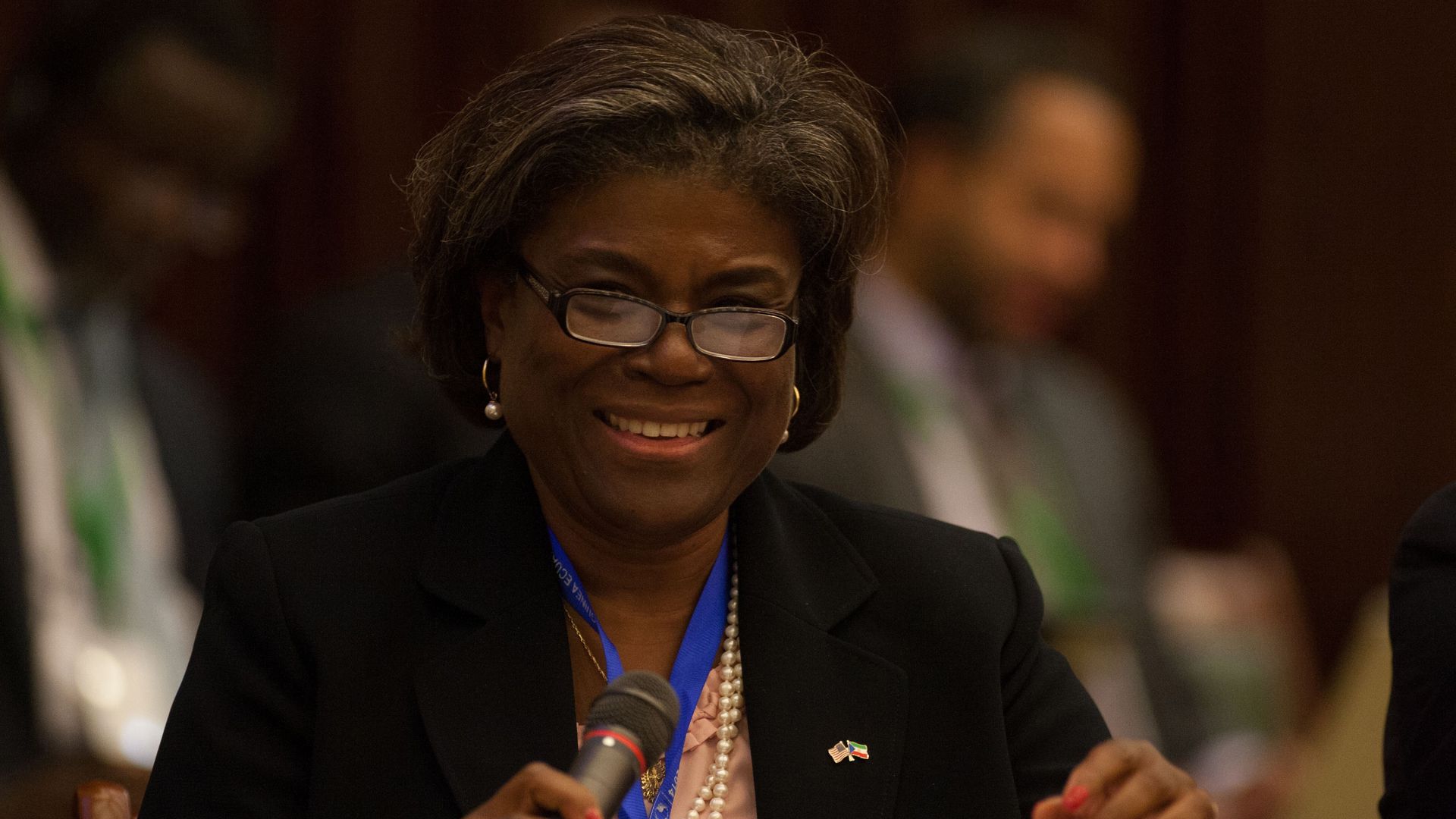 The U.S. President-elect Joe Biden has appointed veteran diplomat Linda Thomas-Greenfield as the United States ambassador to the U.N., making good on his vow to have a presidential cabinet that “looks like America” – a multi-racially diverse nation.

The announcement was made by his transition team on Monday. The post requires Senate confirmation.

Thomas-Greenfield has worked in both Democratic and Republican administrations during her 35-year State Department career. An Africa specialist, she served as U.S. ambassador to Liberia, and held posts in Kenya, The Gambia and Nigeria. Under President Barack Obama, she served as the assistant secretary for the Bureau of African Affairs (2013-2017), developing and managing Washington’s policy toward sub-Saharan Africa. She has also worked in Geneva at the U.S. Mission to the United Nations.

Biden’s nomination made her the first Black person he selected to add to his cabinet. Upon the confirmation of her nomination, Thomas-Greenfield would become just the second Black woman to ever be ambassador to the United Nations.

Reacting to the appointment, Thomas-Greenfield tweeted Monday that she was “privileged” and “blessed” to have been selected by Biden.

“I’ve had the privilege to build relationships with leaders around the world for the past thirty-five years,” she tweeted. “As U.S. Ambassador to the United Nations, I’ll work to restore America’s standing in the world and renew relationships with our allies. Blessed for this opportunity.”

Thomas-Greenfield was born in Baker, Louisiana, in the early 1950s and attended segregated schools as a child. In a 2019 speech, she described growing up in a town “in which the KKK regularly would come on the weekends and burn a cross in someone’s yard.”

When she attended Louisiana State University, David Duke, a white supremacist and Klan leader, had a significant presence on campus, Thomas-Greenfield said, in recounting the deep racism she faced during her college years.

In a TEDx talk she did in 2019, Thomas-Greenfield discussed how she managed to overcome adversity in a deeply segregated society whilst growing up.

In 1994, Thomas-Greenfield was dispatched to Rwanda to assess refugee conditions amid the genocide in that country. She said she was confronted by a “glazed-eyed young man” with a machine gun who had apparently mistaken her for a Tusti he had been assigned to kill.

“I didn’t panic. I was afraid, don’t get me wrong,” she said in her 2019 remarks. She asked him his name, told him hers, and managed to talk her way out of the situation.

Thomas-Greenfield ascribes her success to her mother, who had played a huge role in moulding her to become the woman she is today.

“My mother taught me to lead with the power of kindness and compassion to make the world a better place,” Thomas-Greenfield wrote on Twitter following Monday’s announcement that she will be nominated to the Cabinet-level job, which requires Senate approval. “I’ve carried that lesson with me throughout my career in Foreign Service — and, if confirmed, will do the same as Ambassador to the United Nations.”

Those who know Thomas-Greenfield hailed her nomination for the coveted post.

Tom Perriello, a former Democratic congressman and diplomat,said Thomas-Greenfield is “a diplomatic powerhouse respected around the world.” In a tweet, Perriello said he’d witnessed her work to free human rights activists and hold kleptocrats accountable.

“She is universally admired and respected in the Foreign Service and will help to revive American diplomacy,” Burns tweeted.

A cross-section of the American people opine they are feeling a swelling sense of pride for their country once again, judging from Biden’s cabinet selection.

Published in Americas, Politics and World