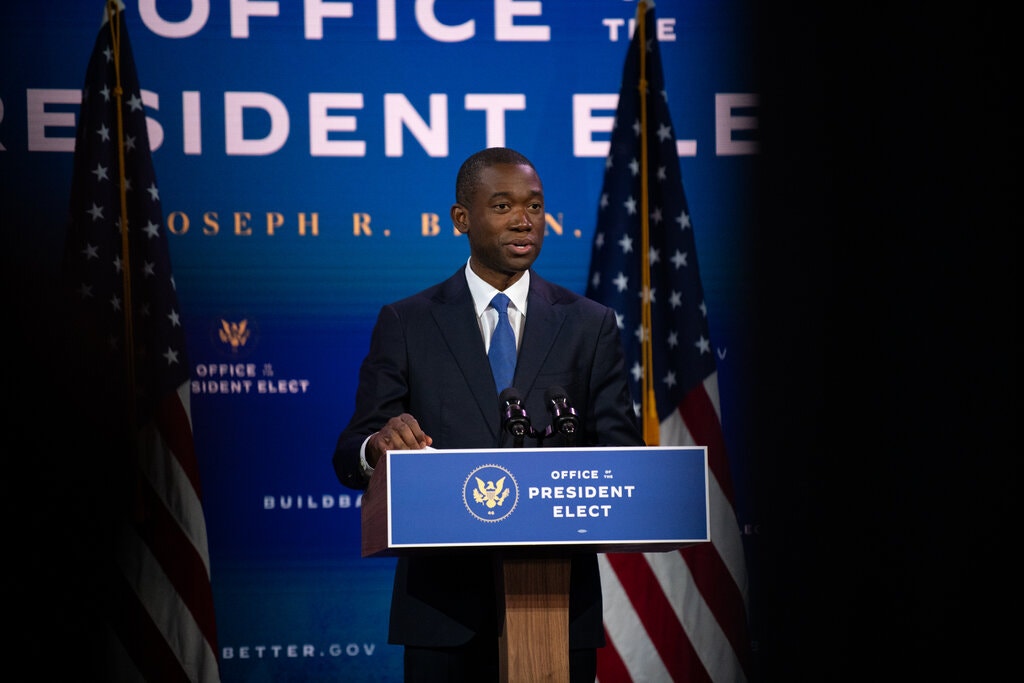 Speaking in Wilmington alongside Biden, Treasury Secretary nominee Janet Yellen described the economic crisis brought on by the COVID pandemic as an “American tragedy” and warned that without quick action to address it, the damage will get worse.

Yellen spoke about the “historic crises” of the pandemic and the economic fallout resulting from it, as well as the “disproportionate impact” it’s had on “the most vulnerable among us.”

Speaking about the nomination on his Twitter page, Adewale, fondly known as “Wally” said:  “America has always overcome crises as the direct result of the determination and persistence of the American people, and the policy choices we make,” he tweeted. “I look forward to working at the Treasury Department to make policy choices that help build an economy that works for everyone.”

“The challenges before us today are unlike anything we have ever faced”, Adewale told the audience.

“… I know that what the President-elect so often reminds us of is true. The American people can do anything when given a chance. And I’m honored to be a part of this talented team and to work with them and all the American people to build an economy that gives everyone that chance and turns our nation once again from crisis to hope. ” he added.