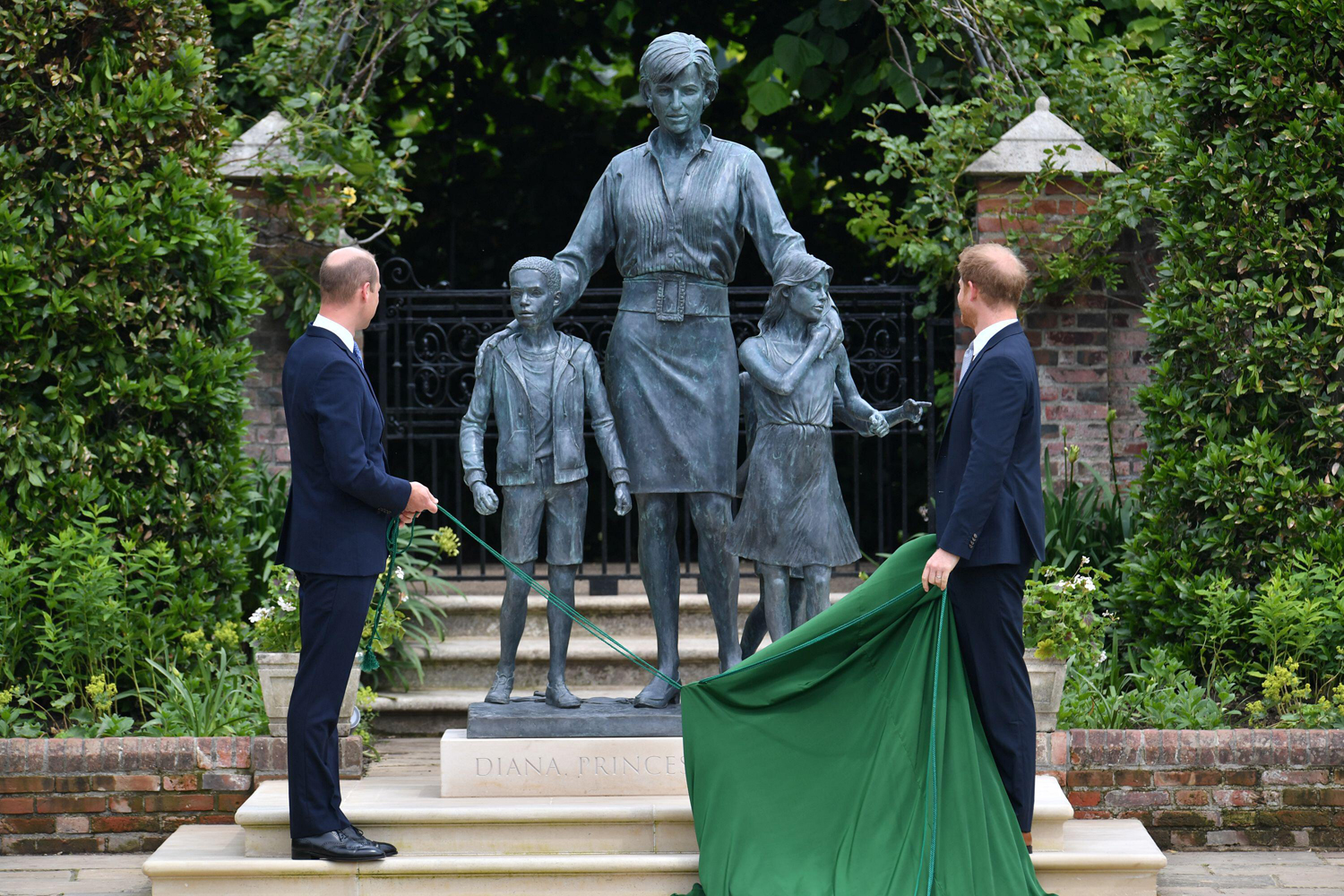 The royal brothers Prince William and Harry came together on Thursday to unveil a new statue of their mother, Princess Diana on what would have been her 60th birthday.

The unveiling ceremony will be done at the garden of Kensington Palace in London, Diana’s former home.

Speaking about the project when it was first announced in 2017, William, 39, and Harry, 36, said they hoped it would help visitors think about their mother’s “life and legacy”.

The statue depicts their mother with three children, reflecting Diana’s work to support and nurture children around the world.

“Today, on what would have been our Mother’s 60th birthday, we remember her love, strength and character – qualities that made her a force for good around the world, changing countless lives for the better,” William and Harry said in a joint statement released on Thursday.

The statement continued, “Every day, we wish she were still with us, and our hope is that this statue will be seen forever as a symbol of her life and her legacy.”

They thanked the team who helped bring the statue and the garden to life, also expressing their appreciation for “all those around the world who keep our mother’s memory alive.”

The Princess, who died in a car accident in Paris in 1997 at the age of 36, remains a source of fascination. Her sense of style is still an inspiration for celebrities and commoners alike.

Lewis Rabett, of Reeman Dansie Auctions in Colchester, southeast England, told AFP the successful bidder was a museum in South America, where the car will now be shipped. The car still has its original British registration plate WEV 297W, paint and upholstery.

According to reports, Thursday’s ceremony was described as a “very personal” family event by royal aides. However, all eyes were on Diana’s sons for any visible signs of tension.

Some months ago, Prince Harry and his half Black wife Meghan Markle did a tell-all interview with Oprah Winfrey where they accused members of the Royal House of racism.

Prince Harry had since abandoned royal duties and relocated to California with his wife, as reports of tensions between him and his elder brother and heir apparent Prince William, have made the rounds.