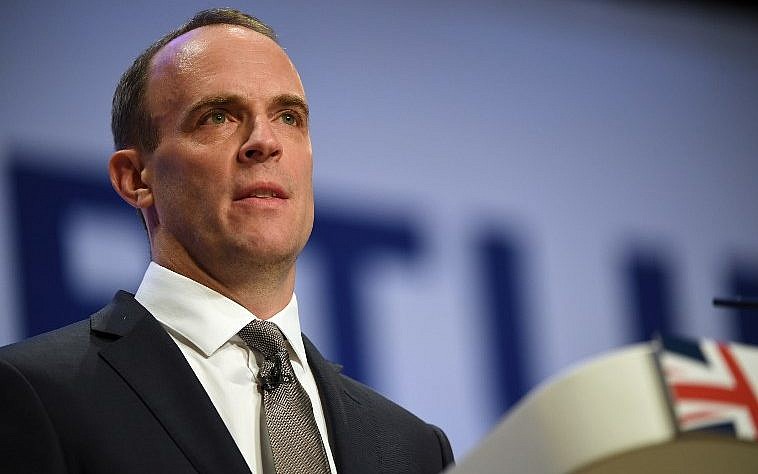 UK Declares Support For France Amidst Quarrel With Turkey Over Alleged Anti-Islamic Comments!

France has received support from the UK amidst its diplomatic altercation with Arab nations, particularly Turkey, over the supposed anti-Islamic comments made by French President Emmanuel Macron in the wake of the beheading of a French teacher by a Muslim radical.

“The UK stands in solidarity with France and the French people in the wake of the appalling murder of Samuel Paty,” Britain’s Foreign Secretary Dominic Raab said in a statement. “Terrorism can never and should never be justified.

“Nato allies and the wider international community must stand shoulder-to-shoulder on the fundamental values of tolerance and free speech, and we should never give terrorists the gift of dividing us.”

Reacting to the decapitation of the French teacher, which was precipitated by a satirical caricature of the Prophet Muhammad, French President Emmanuel Macron accused Islam of being a “religion in crisis.” This triggered a campaign to boycott France around the Muslim world.

The remark was made by Macron while paying a tribute to the French teacher who had shown caricatures of Prophet Muhammad to his pupils during a lecture on free speech.

He stands at the forefront of several Muslim leaders upset with Macron and France over their response on the murder of Samuel Paty, and is passionately calling for the boycott of French products.

Some analysts seem to believe that Erdogan’s impassioned push for a boycott of French products has a political undertone, as he had previously clashed with Emmanuel Macron over political issues, one of which includes a row over Turkey’s gas exploration in the Mediterranean.