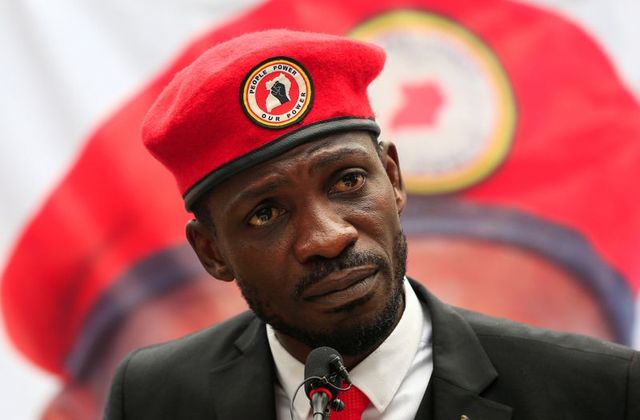 Ugandan security forces on Wednesday raided the office of opposition politician Bobi Wine and seized documents and campaign materials, detaining him in the process, according to his lawyer.

The raggae star-turned-politician, whose real name is Robert Kyagulanyi Sentamu, has previously been arrested numerous times as he has rattled the governing party of President Yoweri Museveni, who has ruled the East African nation since 1986.

Bobi Wine’s lawyer Anthony Wameli said his client was seized on Wednesday at the Kampala office of his opposition party, the National Unity Platform (NUP).

“The police and the army raided the office of NUP, sealed off the premises and all the roads leading to the place before detaining Bobi Wine and other party officials,” Wameli told the AFP news agency.

Bobi Wine was reportedly meeting with other leaders of his National Unity Platform party when the police swooped in.

Wine and his campaign team have repeatedly accused the police of a lack of impartiality as the 2021 elections draw near.

In a tweet on Wednesday, the spokesperson of Uganda’s army said security forces sought to recover red berets and other military-style articles that were being kept at Bobi Wine’s offices.

Supporters of Bobi Wine are known to wear red berets, which authorities in Uganda claim are the preserve of the military.

Uganda’s President Museveni, 76, has been in power since 1986 and his detractors accuses him of using brute force to prolong his reign.

Members of Bobi Wine’s NUP party have condemned the raid on their office and are calling for the resignation of President Museveni, whom they regard as a dictator.

Meanwhile, Museveni accuses Bobi Wine of encouraging young people to riot and has charged that people associated with him are “a misguided group being used by some foreigners to destabilise” the country.

According to Africanews, Uganda has never witnessed a peaceful transfer of power since independence from British colonial rule in 1962.