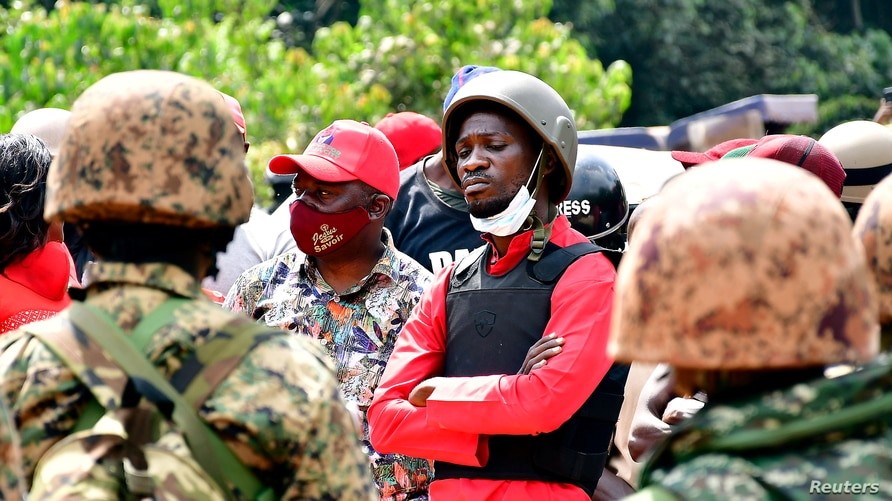 Wine was arrested on Wednesday afternoon with his campaign team and was being driven to a police station in Kalangala Island area, according to the Daily Monitor.

“Bobi Wine and his entire campaign team arrested in Kalangala! Media blocked – Admin,” read a tweet on the handle.

The Monitor reports that efforts are currently underway to have the NUP candidate airlifted to Kampala from Kalangala Island.

A fresh wave of protests reportedly began after Wine was arrested.

However, police spokesperson, Fred Enanga dismissed reports of arrests and said Mr Kyagulanyi was being transferred to his home in Magere, Wakiso district.

Reuters photographs from the scene showed Wine being escorted by at least 10 police officers, some armed with rifles.

Wine was captured wearing a helmet and bulletproof vest, which he said he uses to guard against injuries whenever police invade his meetings.

Police at the time said they had arrested nearly 600 people and accused protesters of rioting and looting.

Bobi Wine so far appears to be the strongest challenger to President Yoweri Museveni, 76, who has ruled the country for four decades.

The presidential election is just 15 days away, as Ugandans will march to the polls on 14 January.