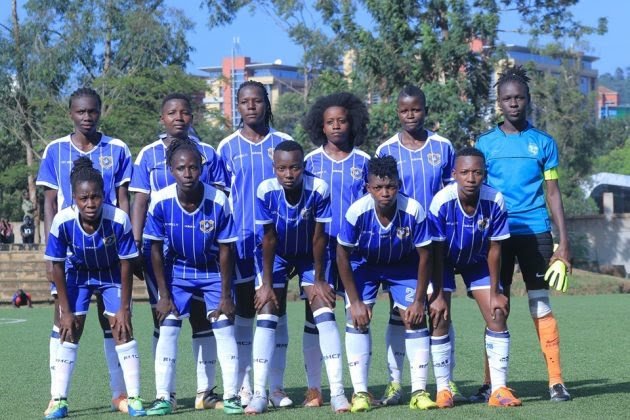 It was a repeat of the 2018/19 final but this time Lady Doves earned sweet revenge against the same team that beat them two years ago.

Fazila Ikwaput guided Lady Doves to glory when she came from the bench to score the winning goal.

The lethal forward needed just six minutes on the pitch to make the difference. She came on in the 78th minute replacing Joweria Nagadya and with only her second touch she struck home.

UCU Lady Cardinals started on the front foot and made several attempts to score especially through skipper Hasifa Nassuna.

Elizabeth Nakigozi scored first for the Lady Doves in the 29th minute converting from the spot.

UCU Lady Cardinals stepped up efforts in the second half to find the equalizer with changes made.

Lady Doves reacted by introducing Ikwaput in the 78th minute and she paid off scoring the winning goal. She was named the Most Valuable Player and also ended as the Tournament top scorer with 8 goals.

Goalkeeper and Lady Doves Captain Daisy Nakaziro was voted the best shot stopper of the tournament.

Lady Doves will now focus on the CECAFA qualifiers for the inaugural CAF Women’s Champions League.