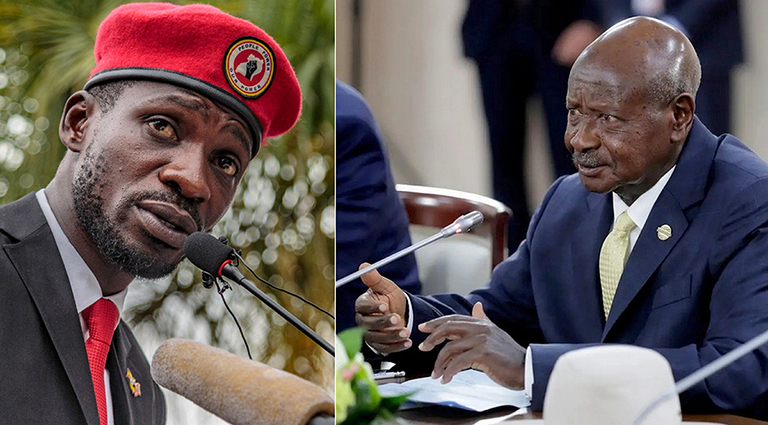 Ugandan opposition leader Robert Kyagulanyi popularly known as Bobi Wine has sent long-serving President Yoweri Museveni a warning that he will be ousted from office through a popular uprising.

The National Unity Platform leader who lost in the presidential race to Museveni in the Thursday, January 14, General Election, has held his ground that the election was rigged in Museveni’s favour.

He compared the Uganda’s situation to other African nations such as Egypt and Sudan whose leaders were kicked out through a revolution.

Speaking a few hours after police officers and the military withdrew from his Magere home after a court order, Wine asked the National Resistance Movement leader who has been in power uninterrupted since 1986 to leave office by the end of 2021.

“A year under General Yoweri Museveni is too long. It means more oppression, more deaths, more poverty. The people of Uganda have a right to stand against fraudulent results read by the Electoral Commission. Museveni should not be the president of Uganda. We want Museveni out of office in less than a year,” Wine said.

Observing Ugandans reckon that even though Mr Museveni, 76, liberated Uganda from dictatorship, the best gift he can give to his country is entrenching democracy and giving other leaders a chance to serve.

Meanwhile, President Museveni has called for a handshake with his arch rival Bobi Wine and other opposition leaders after an election marred by violence and allegations of irregularities.