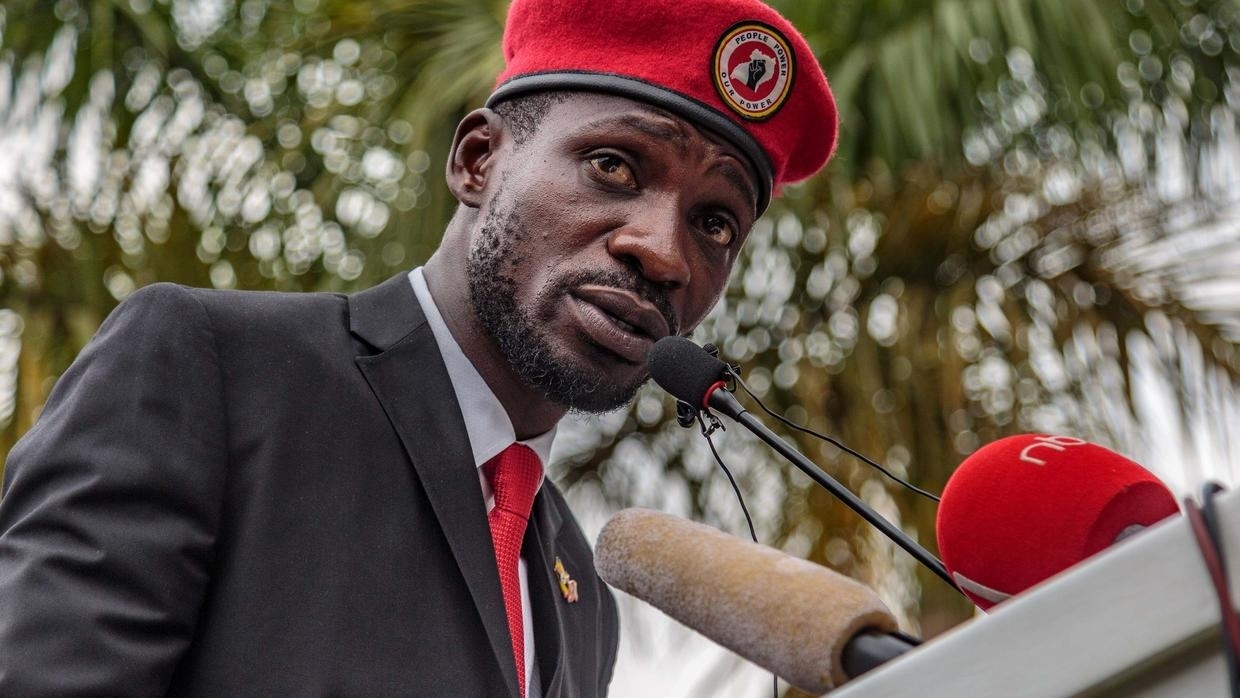 Uganda’s presidential election candidate, Bobi Wine, has suspended his election campaign till further notice, citing police brutality after some of his supporters were shot and injured on Tuesday, December 1.

The singer turned politician said he will head to the countries electoral commission (EC) to inquire why his campaigns were being disrupted by the police.

“With effect from today, I am suspending my campaign until further notice,” he told a news conference in a village near the capital Kampala on Wednesday.

“We are going to the electoral commission headquarters to inquire why we are being tortured by security institutions… our campaign is affected by police brutality.”

Bobi Wine, whose real name is Robert Kyagulanyi, is seeking to put an end to the decades-long rule of 76-year-old President Yoweri Museveni in an election scheduled for January 14, 2021.

Earlier on Tuesday, Daniel Oyerwot, a music producer for Bobi Wine, was wounded in the mouth by a rubber bullet during the clashes, according to a spokesman for his party.

The singer said on Twitter that several members other of his staff were wounded and some were in critical condition.

Meanwhile, in a separate incident on Monday, November 30, a police vehicle reportedly drove into Bobi’s supporters who were on motorcycles following his campaign trail while heading to Buikwe district where a huge gathering was convened.

Daily Monitor reported one death resulting from the fracas while five other people sustained serious injuries on their heads and are currently in very critical conditions.

“They were cheering him. A police vehicle crashed them from behind as police tried to disperse his supporters. One person died on the spot,” narrated Allen Mutesi who witnessed the incident.

Meanwhile, President Yoweri Museveni, over the weekend, warned Bobi against inciting the public to violence.

He said the government will not compensate rioters who die in election-related skirmishes.

“The feeling that Kyagulanyi is untouchable because he is a politician and prompts people to violence must never be repeated….You are not doing anyone a favour to keep the law..We shall not compensate anyone who died and were rioters. No way,” he reiterated

Last month, 54 people were killed, President Museveni said on Sunday, as police and military battled to quell riots in multiple cities that erupted after Bobi Wine was arrested for alleged violation of anti-coronavirus rules.

Museveni, who has been in power since 1986 and had the constitution amended twice to allow him to run a sixth time in 2021, is seeking another five-year term in the January polls.

Bobi Wine appeals to a great majority of the youthful class who make up a considerable quota of the country’s population. While some were drawn towards him for his criticism of the government in his lyrics, others believe that being a young patriotic fellow, he is better suited to lead the country going forward.