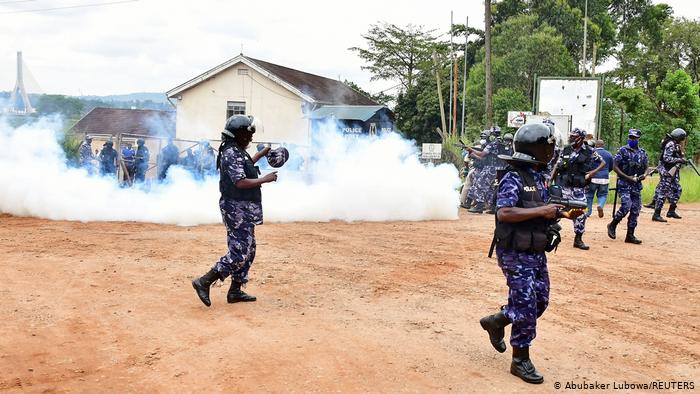 The protest that followed the arrest of Ugandan politician, presidential hopeful, and musician, Bobi Wine, has led to a reported death toll of 37, police said on Friday.

Wine was released on bail on Friday after being charged with holding rallies likely to spread the coronavirus.

“Let (President Yoweri) Museveni know that we are not slaves and we shall not accept to be slaves,” Wine said. “We shall be free.”

Police have said 350 people were arrested and detained throughout Kampala. Tension remained in the capital Thursday, with a heavy military and police presence.

The Uganda police pathologist and the head of police health services told journalists they had counted 37 bodies by Thursday morning.

Speaking to reporters, Security Minister Gen. Elly Tumwine warned protesters that they will be dealt with if they continue.

”This was a deliberate and pre-planned move to cause chaos, because we have evidence,” Tumwine asserted. “But I want to warn those inciting violence that they will reap what they sow.”

Museveni while campaigning on Thursday said the protesters “have entered an area of fighting that we know very well. Whoever started it, will regret it. Some of these groups are being used by outsiders who don’t like stability.”

Museveni is expected to address the nation on Sunday, his spokesman said.

In a televised court appearance on Friday, Bobi Wine (whose real name is Robert Kyagulanyi) blamed the president for the shootings: “It is Museveni who is supposed to be in this dock for killing innocent citizens.”

Wine is popular among Ugandan youth, who often play songs in which he denounces government corruption.

The 38-year-old opposition figure, who has been arrested many times in recent years, has been persistent in his calls for Museveni to retire after 36 years in power.