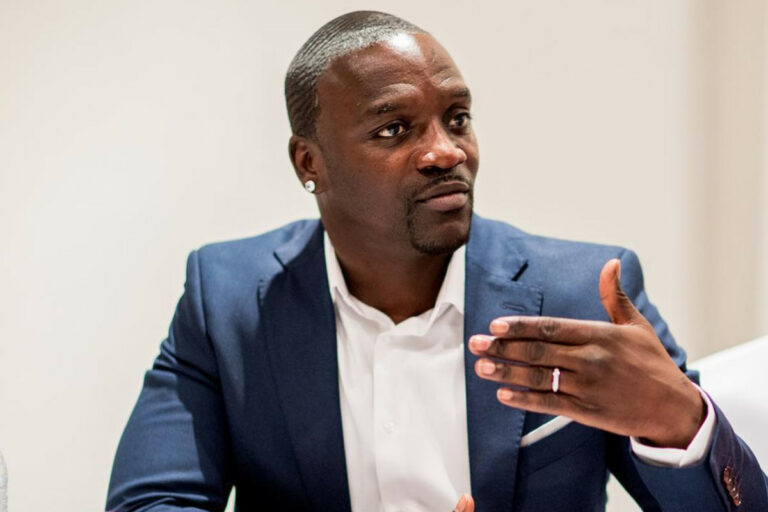 Multi award-winning singer and entrepreneur Akon is expanding his business footprint to Uganda, as he was offered land by the Ugandan government to build another futuristic city in the country.

Akon’s visit to Uganda was coordinated by Ugandan Ministry of Foreign Affairs.

According to Uganda’s NBS TV, the city will operate using Akon’s own cryptocurrency Akoin, which will also be used in Senegal’s Akon City.

“As a businessman I follow the opportunities and I don’t see a better opportunity in the globe than Africa, you know, it is the biggest opportunity in front of us and the potential here is just immense,” Akon said Tuesday (6 APRIL 2021) during an exclusive interview with The Associated Press.

The Grammy-nominated singer and producer also talked about the entertainment industry in Africa and how the COVID-19 pandemic has impacted the sector.

“It is very tough for the entertainment you know because the world is closed, even me myself I haven’t done anything in entertainment since COVID began so it is a tough thing,” he said.

“I was just blessed to be a songwriter and a producer where I can be cooped up in my studios to write for other artists, write for other producers and just kind of create the momentum… You can’t just follow the passion and only do the music part because there are so many sectors to the entertainment business that you can jump into when the artist thing isn’t working. So it is one of those things that we have to pivot and adjust to the environment. It is tough. COVID shut down a lot of businesses, it’s not just entertainment so we are all feeling the same pain, we just have to find ways to find solutions in the process.”

The star also hinted at plans to stage a “huge festival” in Uganda, to help showcase local artists.

“They play a big role in the East African music alongside Kenya and Rwanda and Congo as well too. But ultimately – that is on the list of things that we are doing and that is one of the reasons why we are doing the Akon Entertainment City here is because we want to be able to focus and showcase the entertainment all throughout East Africa and Uganda is the lucky one right now to be able to get it.”

In January, Akon’s wife Rozina Negusei revealed plans to invest $12 million in the country’s entertainment industry, after visiting Uganda alongside a group of potential investors.

Over the years, Akon has built a reputation as a pan-African businessman interested in opportunities on the continent of 1.3 billion people. In December a company associated with Akon reached a deal with a state miner to develop a copper and cobalt mine in resource-rich Congo.

Akon, whose real name is Aliaune Thiam, started a group in 2014 that backs solar energy projects in the rural parts of many African countries. The inspiration for Akon Lighting Africa was deeply personal: he found his grandmother was still using candles in Senegal to light her home.

His futuristic city in Senegal, to be modelled after a real-life Wakanda, costs about $6 billion to build. It is slated to include a mall, school, police department and waste management service in addition to parks, stadiums, seaside resort, and other recreational facilities.

Akon has also shared his intentions to ensure the city is technologically advanced. “We want all the latest in future technologies,” he previously said. “I don’t want nothing from the old days. I want it all to be based on tomorrow’s technology, and how it’s gonna be built for our future because all the latest technology now is all instruments and minerals, and resources taken from Africa. I’m already in Africa, so we can build everything within the African continent without having to outsource anything from the outside.”

Construction will finally start this year and is expected to be completed by 2024.