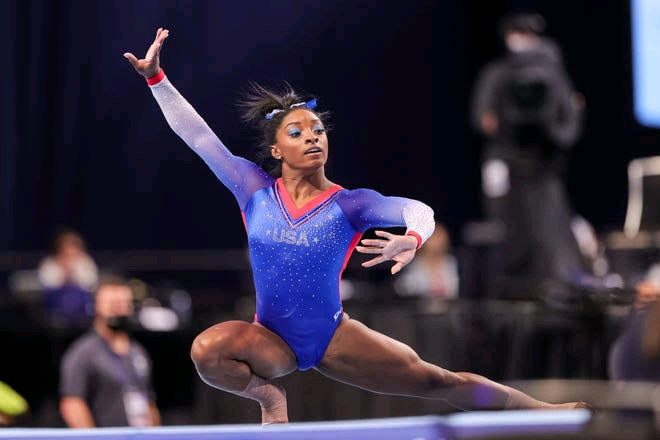 U.S Gymnast Simone Biles Boyfriend Admits He Had No Idea Who She Was Before They Started Dating

Simone Biles’ boyfriend Jonathan Owens, did not know who she was until they started dating

Owens made the revelation in the most recent episode of Biles’ Facebook Watch documentary “Simone vs. Herself.”

“Her work ethic was really the first thing that caught my eye. I never really watched gymnastics before I first started talking to her,” Owens said, as transcribed by Michelle R. Martinelli of For The Win. “When I met her, I honestly didn’t know who she was. It was just kind of like, ‘Oh, she’s got a lot of followers. You know, she must be pretty good or something.’ …

Biles will be representing the USA at her second straight Olympics in 2021 after finishing first at the U.S. women’s gymnastics trials earlier this month. A major force in the international gymnastic world, she hasn’t lost an all-around competition since 2013 and has earned 27 career gold medals — 19 at the World Championships, four at the Olympics and two each at the Pacific Rim Championships and FIG All-Around World Cup.

She also has completed several elements and routines that no other gymnasts has ever landed. Additionally, she has four eponymous skills, one on the vault, one on the balance beam and two on the floor.

Of course, Owens knows about all that now. He and Biles have been dating since August 2020 and during that time, he has enjoyed watching Biles at the “pinnacle” of her career.

“The coolest thing for me is that I get to witness someone who’s literally in the pinnacle of their sport,” Owens said. “It’s motivating just to see that and the impact that she has on people. We were walking past this group of girls, and they were shaking like, ‘Oh my god, it’s Simone!’ This is when I kind of knew, like, ‘OK, yeah, she’s the real deal.’”

Biles certainly has established herself as “the real deal” but will look to further her legacy at the 2021 Tokyo Olympics. She will lead the U.S. women’s gymnastics team to its third consecutive gold medal.