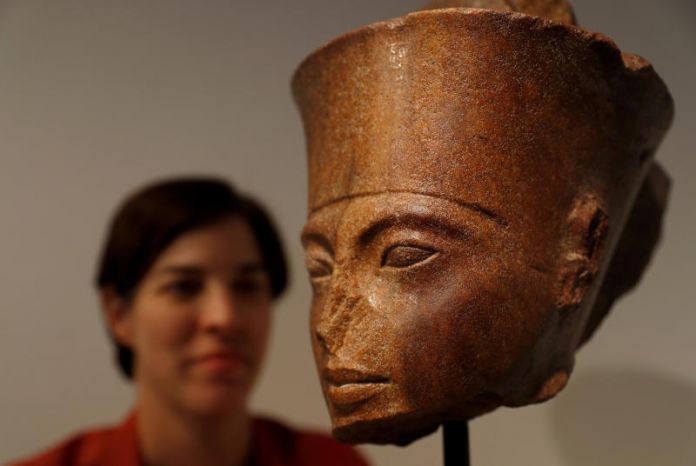 Egypt had earlier called on the famous auctioneers to cancel the sale of the relic depicting Tutankhamun, claiming it was probably stolen from an Egyptian temple in the 1970’s

Christie’s stated Egypt did not show any concern about the bust in the past, despite it being exhibited publicly.

The brown quartzite, 28cm (11in) relic comes from a private collection of ancient art that Christie’s last sold for £3m in 2016.

In a released public statement, Christie’s said: “The object is not, and has not been, the subject of an investigation.” The auction house said it would never auction an object over which there were legitimate concerns.

Christie’s also published a chronology of the relic’s owners for the past 50 years. The bust is understood to have been acquired from German aristocrat Prinz Wilhelm von Thurn between 1973 and 1974.

The auction house also said that the bust’s existence had been known for a considerable time and it had been on display for a number of years.

Zahi Hawass, Egypt’s former antiquities minister told AFP news agency: “We think it left Egypt after 1970 because in that time other artefacts were stolen from Karnak Temple.”

In 1983 Egypt outlawed the removal of artefacts from the country.