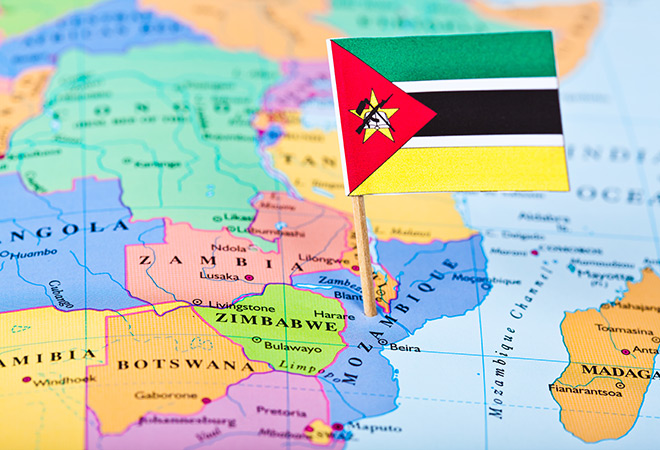 (Too?) Many Mercenaries in Mozambique

The unfortunate truth is that war is big business and where there is conflict, there are private military contractors (PMCs) who seek to reap the profits. PMCs, or mercenaries, are for-profit private armies who are hired to provide military services in areas of armed conflict. Whilst mercenaries have been around for decades, their involvement in conflicts is becoming increasingly popular amongst risk averse nations. Indeed, the increasing presence of mercenaries is part of a greater geopolitical trend of ‘selling security’, or the growth of military privatization.

In October 2020, the conflict in Mozambique’s northern region of Cabo Delgado reached its third anniversary. But for the local population, who refer to their territory as ‘Cabo Esquecido’ (‘Forgotten Cape’), there is little to celebrate. The Isis-linked insurgents, Ahlu Sunnah Wa-Jamaa, escalated their violence in 2020 and over 2000 people have been killed since the start of the conflict.

Following a lack of progress in combating the Islamic insurgency in Cabo Delgado, President Filipe Nyusi has turned to PMCs for help. There is no doubt that the use of PMCs is highly controversial in a country such as Mozambique; a lack of transparency means that it is hard to assess quite how lucrative these contracts may be, but it is clear that private soldiers are expensive, with some mercenaries earning up to four times the US military salary. The secretive nature of PMC involvement also makes it hard to ensure that there is any form of effective information sharing with national forces, which would be of great benefit for the future.

With so many mercenaries operating within the same conflict, it is worth examining who they are and how effective they can be in tackling the insurgency.

The first mercenaries to arrive in Mozambique were the Russian ‘Wagner’ Group, who were tasked with intervening in the region with military power. They are led by Yevgeny Prigozhin, an oligarch with close ties to Russian President Vladimir Putin. The Russian mercenaries were awarded the lucrative contract ahead of ‘OAM’ and ‘Black Hawk’, two African-based private military contractors with plenty of experience operating in Southern Africa. The decision to award the contract to the international Wagner Group mercenaries over the African-based ones raised questions over the opaque procurement processes surrounding such contracts.

The Russian mercenaries proved to be out of their depth in being able to effectively combat the insurgency, and following the loss of 7 of their members, the decision was made to pull out of the region.

Following the humiliating withdrawal of Wagner Group from Cabo Delgado, the Maputo government hired the South African contractor ‘Dyck Advisory Group’ (DAG), who were tasked with providing much-needed air support. The DAG are a company led by retired Zimbabwean colonel Lionel Dyck, and importantly – in stark contrast to the Wagner mercenaries – DAG have had previous experience of operating in the region, albeit primarily through their anti-poaching operations in 2013.

In a similar fashion to the Russian mercenaries, DAG also had a difficult start to their operations in the region, losing a helicopter to enemy fire within the first couple of weeks as well as a reconnaissance microflight aircraft in June 2020. Despite this, the air support provided by DAG has been helpful in preventing the Islamic insurgency from moving into key strategic cities such as Pemba. Furthermore, DAG have worked alongside government forces to retake the town of Macomia from the insurgents.

There are clear technical weaknesses with DAG that are reducing their capacity to operate in the region: firstly, their aerial equipment cannot operate at night time and secondly, they require regular refuelling stops which can only be carried out at the air base in Pemba, some 185km south of the main areas of conflict.

In July 2020, Africa Intelligence reported that DAG had renewed its contract with the government of Mozambique to continue operating in the region for a further 8 months. Importantly, the new agreement includes a training element for the Mozambican forces. This is significant as it could be effective in reducing the long-term dependence on mercenaries in Cabo Delgado. The new agreement also revealed that Lionel Dyck is consulting with another South African PMC, STEPP International.

As well as extending the DAG contract within the region, the government of Mozambique has also brought in another South African PMC: Paramount Group. Founded in 1994, Paramount Group seeks to help ‘African governments better protect their countries’. Whilst the added support provided by Paramount Group is necessary in combating the Islamic insurgency, it does raise broader questions surrounding the procurement processes and organization of Mozambique’s defense forces. Indeed, the new contracts establish that Paramount Group has been assigned to work alongside the Ministry of Defense, whilst DAG continue to work with the National Police. Thus, “two wings of Mozambique’s security apparatus are now using competing companies to procure the same capabilities (helicopters, pilots, and training) for the same conflict”.

From the Russians to the South Africans and everyone in between, the private war(s) in Mozambique have been blighted by obscure contracts and mixed successes. Despite this, and in the absence of much-needed support from regional partners such as neighbouring countries or the African Union (AU), Mozambique has benefitted from reaching out to DAG mercenaries, who have been providing much-needed military support, regardless of financial costs.

There is no doubt that the operational deficiencies within Mozambique’s security forces have meant the inevitable: heavy reliance on private mercenaries.  Above all, something is always preferable to nothing and in this case, the use of mercenaries has prevented a very severe situation from getting any worse.

Looking ahead, the lack of international assistance thus far doesn’t mean it won’t happen in the future. Indeed, in December 2020, news broke that the Portuguese government has offered to help train Mozambican security forces in a move that could reduce the dependence of Portugal’s former colony on private mercenaries in the future. This would mark a significant step in the right direction.