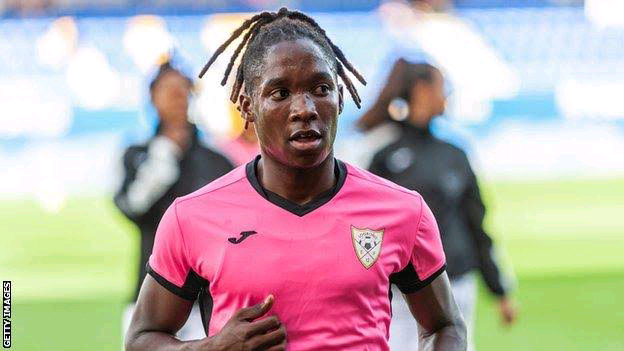 Zambia’s women national team striker Barbara Banda recently disclosed that she doesn’t know much about their Dutch Rivals in the 2020 Olympic Games Women’s Football Tournament opening Group F. She however stated that the she is not interested in knowing about them, as it may affect her.

Zambia will make their Olympic debut against the 2019 Women’s FIFA World Cup runners-up on July 21at Miyagi Stadium in Miyagi.

“I don’t know much about them (Netherlands) and I don’t think I would like to know about them. It may just affect me researching about them so I just have to go out there and do the battle” she said.

“This being our first game, it is always important because it will determine our direction in the group so we need to be focused and we have to get the three points.”

The Dutch will also be Zambia’s first-ever European opponents at senior level.

But the Copper Queens have had a taste of South American flavour following a 2-1 away victory over Chile in a friendly played in Santiago on November 28 ,2020 in which Banda and Rachel Nachula were on target.

Zambia will face China on match-day-two on July 24 and close their Group F fixtures on July 27 against Brazil.

Meanwhile, Zambia has been holding monthly training camps since the end of March in Lusaka.

However, they have only managed to play one friendly match during this period against Banyana Banyana South Africa who beat them 3-1 on April 10 away in Johannesburg.

A home friendly against Kenya penned for the end of April fell through after the guest pulled out due to Covid-19 administrative issues in Nairobi.

Then a visit to Mozambique on May 30 was cancelled due to operational reasons.