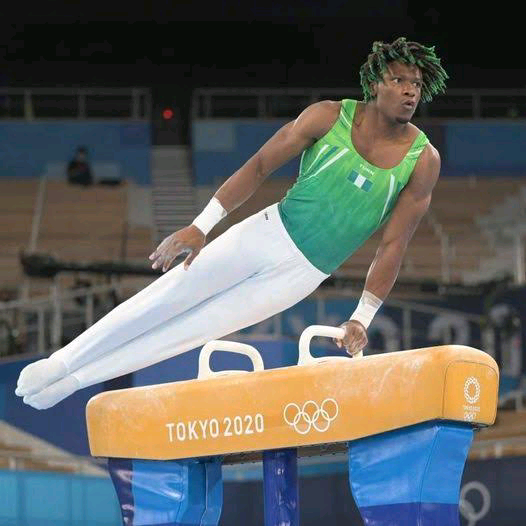 24 year-old Uche Eke has made history as the first gymnast to represent Nigeria at the Olympic games, something that has never happened before since Africa’s most populous country, Nigeria, started participating in the Games.

After watching the movie, “The Fast and the Furious: Tokyo Drift”, Nigerian American gymnast Uche Eke, was enchanted by the famous city, Tokyo — and that fueled his dream to compete at the 2020 Tokyo Olympics.

In May, Eke made history when he became the first gymnast to qualify and represent Nigeria — and this past weekend, he competed in his first Olympic Games.

Eke, 23, was raised in the US, but he’s been traveling to Nigeria every year since he was three to visit his father’s village. Inspired by the sense of community he felt during his visits, he knew he wanted to give back, but the question was how.