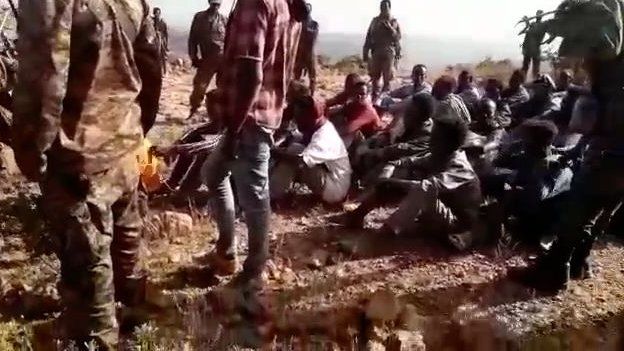 A few scattered human bones lay on the rocky ground, along with a broken skull and several half-burned identification cards.

That is all the villagers could find, six months after Ethiopian troops rounded up their loved ones and shot them at point-blank range, throwing the bodies off a rocky hillside deep in the mountains of central Tigray in Ethiopia.

An April 2021 CNN investigation, in collaboration with Amnesty International, examined video clips of the January massacre and used geolocation techniques to verify the video was filmed on a ridge near Mahibere Dego in January 2021. The investigation revealed at the time that at least 11 unarmed men were executed, and 39 others were unaccounted for.